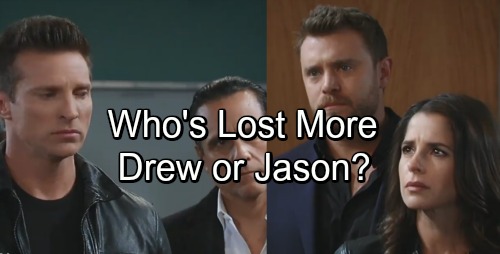 General Hospital (GH) spoilers tease that the mastermind of the memory mapping study will be exposed down the road. That’s good news since he or she has torn lives apart! It’s clear that this ruthless villain needs to pay.

The mastermind’s motives still aren’t known, but this person was obviously up to no good. He or she must have targeted Jason (Steve Burton) and Drew (Billy Miller) for nefarious reasons. While we wait on GH to reveal who’s behind this evil scheme, let’s consider how this ordeal’s affected the twins. 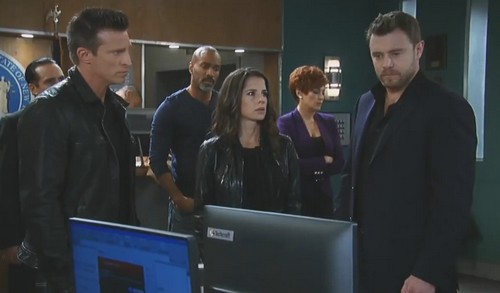 First, there’s the real Jason Morgan. He woke up in a Russian clinic and it wasn’t exactly a spa getaway for him. Jason was being drugged into drooling oblivion with horse tranquilizers. Fortunately, Jason built up a resistance and managed to gain the upper hand with Ava’s (Maura West) help. He escaped, but coming home brought complications.

It was hard to watch Jason realize he’d lost five years of his life. When he learned so much time had passed, he just had to hope for the best. More heartbreak came when Jason saw that Sam (Kelly Monaco) had moved on. To make matters worse, Jason discovered his identity had been taken by another man. General Hospital viewers now know that man is Jason’s twin, Andrew Cain. 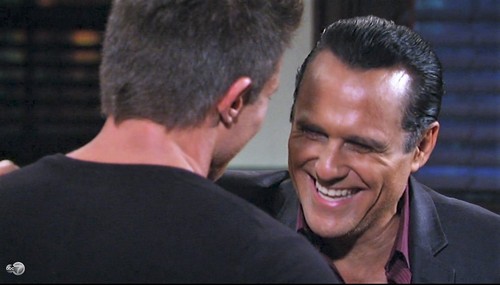 However, it wasn’t all bad for Jason. Almost all his loved ones were on his side. Jason may not have Sam, but he has Carly (Laura Wright), Sonny (Maurice Benard), Robin (Kimberly McCullough), Michael (Chad Duell), Spinelli (Bradford Anderson) and others. Even Monica (Leslie Charleson) split her allegiance so she could be there for both twins.

Drew fully believed he was the real Jason Morgan. As his friends tossed him aside one by one, it had to crush Drew to his very core. Now that he’s aware of his true identity, it must hurt even more. Drew has to deal with the fact that he’s lost almost everyone and he was wrong about his claims. 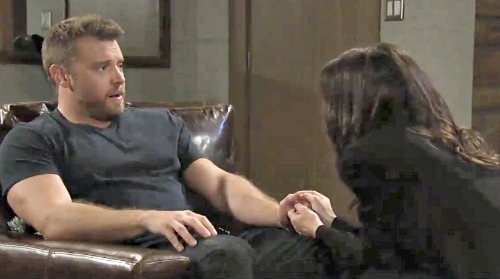 Of course, Drew also knows he’s not Jake (Hudson West) and Danny’s (T.K. Weaver) biological father. That’s another devastating blow. Drew’s undoubtedly worried about losing them to Jason. He must have concerns about losing Sam, too. His whole world has been turned upside down and there’s no way to fix it.

On top of all that, Drew only has the memories of his twin brother. He can’t remember his previous life, so he doesn’t know who he is anymore. Let’s hope Drew can figure that out eventually. It might provide some comfort in an otherwise bleak situation.

Who do you think lost the most thanks to the memory mapping study? Do you believe Jason is the biggest victim or is Drew the only one who was truly devastated? We’ll give you updates as other General Hospital details emerge. Stick with ABC’s GH and don’t forget to check CDL often for the latest General Hospital spoilers, updates and news.