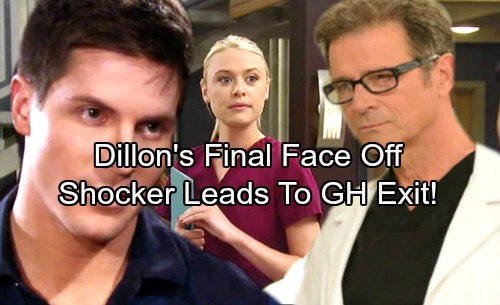 General Hospital (GH) spoilers tease that Dillon (Robert Palmer Watkins) will try to squeeze some time in with Kiki (Haley Erin). He supports her decision to pursue a medical degree, but it’s making it difficult to give each other attention. Kiki doesn’t want any distractions that would jeopardize her career.

Dillon will do his best to tough it out, but that could become harder in the weeks ahead. General Hospital spoilers reveal that Kiki and Dillon’s issues will get much worse. On September 29, Dillon will encounter an infuriating situation. He’ll pick up on a serious threat, but he may not handle it correctly.

There’s a good chance this has something to do with Dr. Bensch (James DePaiva). Dillon may feel like Kiki’s only worried about trying to please her mentor. Perhaps Dr. Bensch himself will even chew Dillon out at some point. If Dillon tries to steal Kiki away during an emergency, Dr. Bensch could scold her beau for hindering her training. 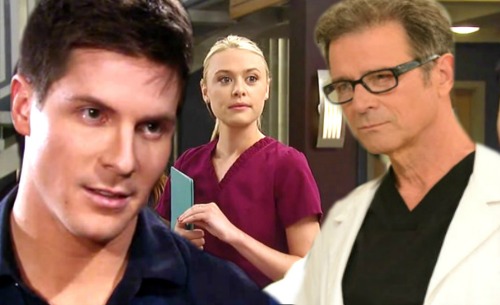 Dillon loves Kiki with all his heart and he’s bound to be protective of her. He may not like this smug doc’s attitude. Dillon could fire back or even throw a punch if his temper flares. That’s especially true if Dillon suspects Dr. Bensch wants Kiki for himself.

It’s a little weird for Dr. Bensch to single Kiki out like this, but maybe he just really sees her potential. General Hospital spoilers say Dr. Bensch may have a romance in his future, so that doesn’t line up with making a creepy pass at Kiki. That’d be anything but romantic!

Of course, it’s possible Dillon will think Kiki’s the one who has feelings. He might believe there’s a strange crush going on. Kiki will undoubtedly set Dillon straight, but the damage may be done. If Dillon puts Kiki’s new connection at risk, she’s going to be outraged. Dr. Bensch may be strict, but he’s been a great teacher so far.

Robert Palmer Watkins will finish out his contract soon and GH has no plans to renew it. Many viewers are hoping Dillon will become a recurring character, but there are no guarantees. Things certainly aren’t looking good for “Killon” at the moment.

Do you think a breakup is looming for Dillon and Kiki? Will work drama tear them apart? We’ll give you updates as other GH news comes in. Stay tuned to the ABC soap and don’t forget to check CDL often for the latest General Hospital spoilers, updates and news.