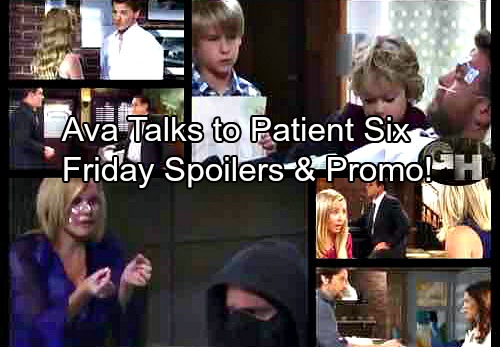 General Hospital (GH) spoilers for Friday, September 22, tease that Franco (Roger Howarth) will decide to make a confession. When Liz (Rebecca Herbst) sees Franco’s old picture, she’ll be a bit confused. Franco will admit that his imaginary friend was very real. He’ll suggest that he wasn’t sure until he found that photo, but now he thinks he’s been lied to.

Of course, Liz has undoubtedly seen pics of Jason (Billy Miller) as a child. She may agree that the resemblance is uncanny. Franco will be sorry that he didn’t fill Liz in sooner, but she won’t hold it against him. She’ll be happy to support Franco as he tries to sort all this out. 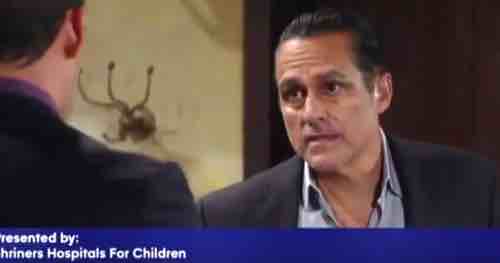 Meanwhile, Michael (Chad Duell) will also have something to sort out. He’ll tell Nelle (Chloe Lanier) that he has to wrap up some business. Nelle will wonder what kind of business he’s talking about. She’ll think his secrecy is a little suspicious, but Michael will do his best to quiet her concerns.

After his chat with Carly (Laura Wright), Michael called someone about a favor. GH wanted us to believe he was doubting Nelle, but it seems he was working on a nice surprise instead. At least Michael will see it that way! Nelle, on the other hand, will be thrown for a loop. 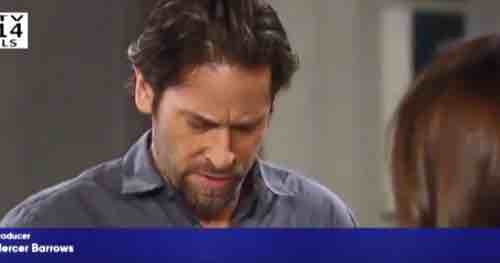 General Hospital spoilers hint that Michael will leave Nelle unsettled in Friday’s episode. Maybe he’ll find a place for her as well as himself. Michael might re-pitch his idea of moving into together, but with a new apartment as an added incentive.

Elsewhere, Josslyn (Eden McCoy) will get busted. Carly will mention that Milo (Drew Cheetwood) told her about Josslyn’s night with Oscar (Garren Stitt). She’s obviously talking about the sweet kiss they shared on the footbridge. Carly will worry that that the teens’ romance might be moving too fast.

Across town, Sonny will get agitated when Milo beats around the bush. He’ll shout that if there’s a problem, Milo needs to tell him. Perhaps Sonny will get the same info Carly got. Since Josslyn is falling fast and hard, this could convince Sonny to do some digging. He needs to learn more about Oscar and his background. 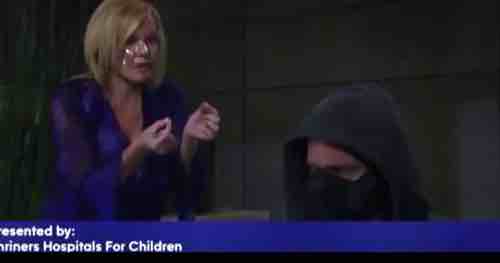 Other General Hospital spoilers say Sam (Kelly Monaco) and Kristina (Lexi Ainsworth) will witness a heartbreaking scene. Jake (Hudson West) and Danny (T.K. Weaver) will arrive to visit Jason at the long-term care facility. Poor little Danny will beg his dad to wake up, so you’d better grab your tissues for this one.

At the clinic, Ava (Maura West) will try to help Patient Six (Steve Burton). She’ll insist that his family is waiting for him. Ava can sense that this guy isn’t as far gone as the staff claims. She’ll urge Patient Six to get his act together and get out of there if he can.

Ava has really taken an interest in Patient Six’s well-being. Can she assist him? We’ll give you updates as other GH news comes in. Stay tuned to the ABC soap and don’t forget to check CDL often for the latest General Hospital spoilers, updates and news.