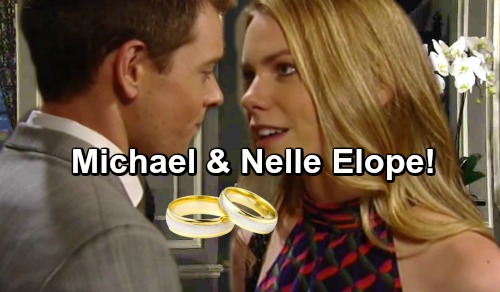 General Hospital (GH) spoilers reveal Michael Corinthos (Chad Duell) is about to make a bold move and you can bet it has everything to do with his lady love, Nelle Hayes Benson (Chloe Lanier); could Michael be more like her mother that he’d care to admit?

GH sources tease that Michael is furious with is mother, Carly Corinthos (Laura Wright) and his grandmother, Bobbie Spencer (Jacklyn Zemen) for digging into Nelle’s past. They have informed him of what PI Felicia Scorpio (Kristina Wagner) uncovered about Nelle and her possible involvement of her former fiance Zachary Grant’s death. 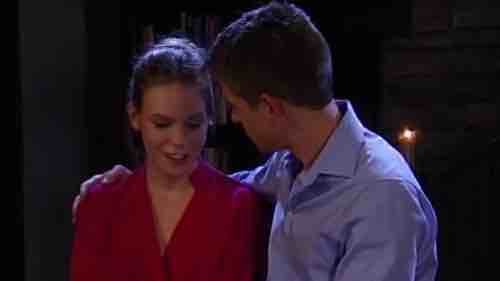 Michael, initially looked shocked and disappointed that she would keep yet another deep secret from him, but was quick to defend her to his mother. He listened with an open mind when Nelle explained what happened and has taken her at his word.

Fans of the ABC soap opera know Michael is getting sick and tired of his mother’s meddling and when we hear he is going to make a “Bold Move”, it can only imply he is about to elope – yes propose and possibly sneak off and marry Nelle without his family and friends to witness it. Michael is definitely his mother’s son! 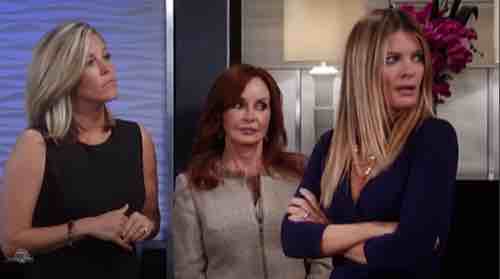 General Hospital spoilers reveal Carly has been wrapped up in her own drama, trying to cope with the fact that Jason Morgan (Billy Miller) may not recover from the coma he is in. She recently confessed to her husband, Sonny Corinthos (Maurice Benard) that although she loves Jason, she felt she never got him back, nor had their deep connection since the day he was shot and tossed into the harbor.

It maybe a tough time for Carly, but its perfect timing for Michael to stand up and declare his independence and force her to accept that he is an adult who can make his own decisions. Pulling a move like this definitely proves that Michael is exactly the same as his mother; stubborn and determined to do things his own way, proving people wrong along the way. 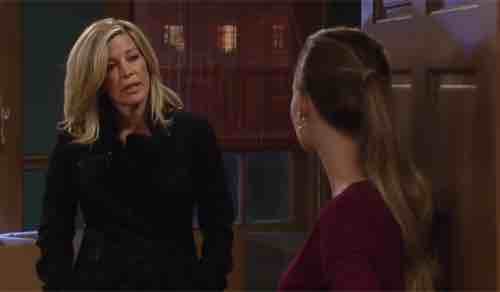 General Hospital spoilers make fans wonder if Michael’s instincts are way off, or is he the only one who knows the true Nelle – Is she redeemable after everything she has done to his family and could they ever truly accept her as part of their family?