General Hospital Spoilers: Exciting Soap News – Is Vanessa Marcil Headed to The Bold and the Beautiful? 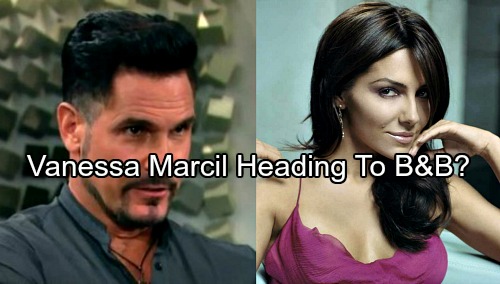 General Hospital (GH) spoilers tease that Vanessa Marcil (ex-Brenda Barrett) could be returning to the soap world. A recent Instagram post has fans buzzing about the possibility of a soapy comeback. Marcil is set to reveal some exciting news soon, but she’s staying tight-lipped about the details for now.

Maurice Benard (Sonny) wished Marcil a happy birthday over the weekend and said “see you soon.” It’s possible that he meant he’d see her on set, but it’s equally possible they just made plans to hang out. Benard and Marcil seem to be pretty close friends, so that also makes sense.

If General Hospital isn’t interested in bringing back Brenda, there’s surely a place for Marcil on another daytime drama. Marcil had a guest co-hosting stint on The Talk not too long ago. Since it’s part of the CBS daytime family, perhaps some execs noticed fan interest in her gig.

The Young and the Restless could be an option for Marcil, but we’d say The Bold and the Beautiful might be the best fit. Marcil’s style seems like it would work well on B&B. Plus, there would be plenty of love triangles for Marcil’s character to get involved in. The show has to make sure they have enough love interests for those! 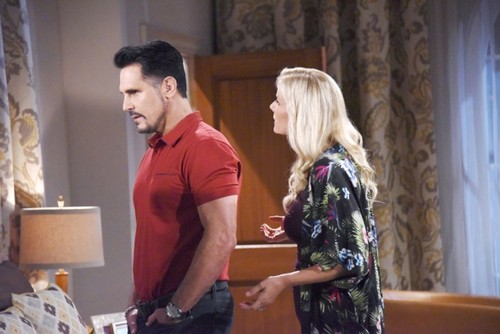 Brooke (Katherine Kelly Lang) just dumped Bill (Don Diamont), so maybe Marcil could emerge his new leading lady. It’d be nice to have a fresh face on The Bold and the Beautiful. The show likes to shake things up with different characters from time to time, so here’s their big chance!

Since Marcil’s Instagram post featured an old-school photo, that might mean she’s returning to her soapy roots. A Bold and the Beautiful announcement would be great news for fans who’ve been missing her. General Hospital spoilers hint that things will be busy in Port Charles over the next few months anyway. Marcil might get more airtime on B&B.

Would you like to see Vanessa Marcil on a new soap? Do you think she’ll announce that she’s headed to Bold and the Beautiful? Could you see Marcil getting involved in some hot B&B plots? We’ll give you updates as other details emerge. Stay tuned to ABC’s GH and don’t forget to check CDL often for the latest General Hospital spoilers, updates and news.