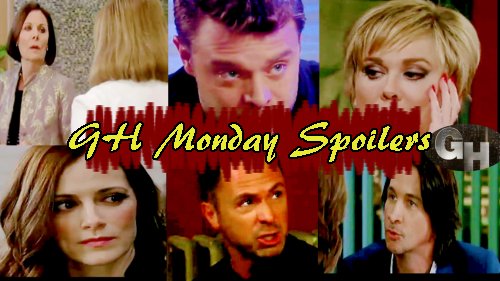 General Hospital (GH) spoilers for Monday, February 27 reveal that Sonny Corinthos (Maurice Benard) thinks it’s smooth sailing for him and Carly Corinthos (Laura Wright) and asks her if she wants to renew their wedding vows.

Remember when they got hitched last year Sonny was still in a wheelchair at the hospital. It sounds like a sweet idea but by the end of the week, their marriage is far closer to divorce than getting remarried. Sonny should enjoy the bliss while he can. 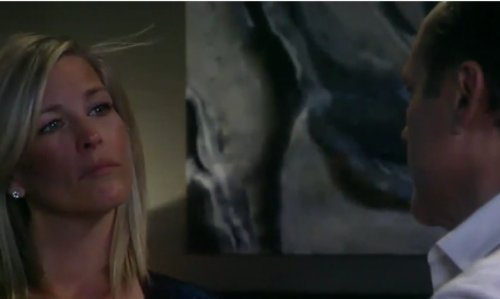 Felicia Scorpio (Kristina Wagner) is back from her investigative trip to Atlanta to dig into Nelle Hayes’ (Chloe Lanier) past. Felicia learned something shocking and can’t wait to share it with Bobbie Spencer (Jacklyn Zeman).

Bobbie asks if it’s really true. Did Felicia find out Nelle’s real name and her family ties to Frank Benson, Carly’s adoptive father? Nelle has finally seen the light on revenge, but it may be too late. Nelle has a serious talk with Michael Quartermaine (Chad Duell). 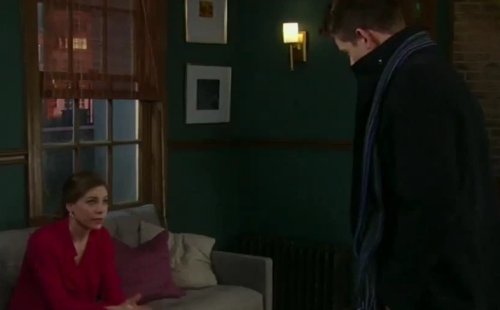 Nelle says she plans to put an end to what she started but will she tell him how she tricked his dad and recorded a fake confession? If Michael can forgive Sonny shooting AJ Quartermaine (Sean Kanan), surely he can forgive Nelle for a little revenge plan.

Hamilton Finn (Michael Easton) realizes he pushed Hayden Barnes (Rebecca Budig) too far and he doesn’t want to lose her. Finn tells Hayden that he’s sorry and promises to do anything if he can keep her in his life, but the drugs have too deep a hold on him. 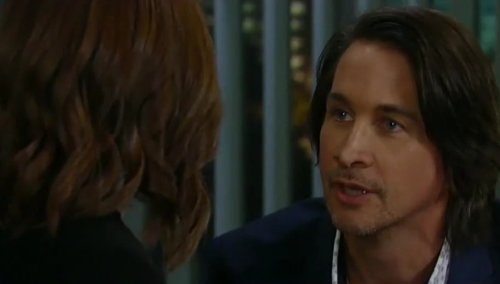 As the GH board meeting is ready to start, Monica Quartermaine (Leslie Charleson) asks Tracy Quartermaine (Jane Elliot) if they have enough votes to save the hospital. They desperately need Laura Spencer’s (Genie Francis) to show up.

Too bad Laura is on a long drive with Winston Rudge (David Lee) and fails Tracy when she doesn’t show up. Things are looking good for Olivia “Liv” Jerome (Tonja Walker) and Julian Jerome (William deVry) thinks he caught a break. 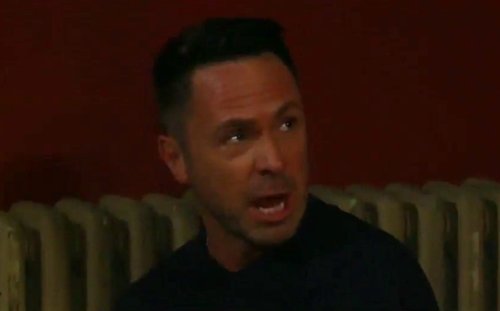 Unfortunately, Liv isn’t taking any chances so she chains Julian to the radiator in her bedroom and tells him she’ll kill everyone in his life if the hospital sale doesn’t go her way. Julian demands that Liv tell him what she did to Sam Morgan (Kelly Monaco).

Sam is still in the ravine and can’t seem to get herself out. It’s just too steep. Fortunately, her loved ones will soon realize she’s missing. Jason Morgan (Billy Miller) shows Alexis Davis (Nancy Lee Grahn) a photo of Liv and Alexis is stunned. 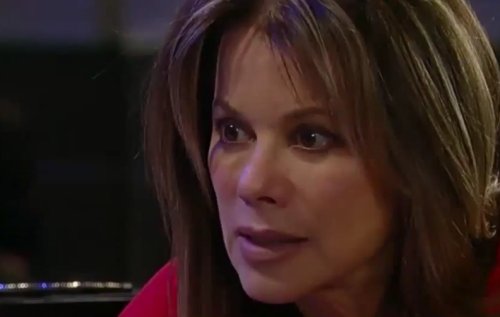 She tells him that’s her AA sponsor and that Sam knows her too. It shouldn’t be too long before Alexis also realizes Sam’s phone is in her purse where Liv tucked it inside. Jason and Alexis put their heads together and realize that Julian is tied into this mess.

It shouldn’t be too long until Alexis gets access to the safe deposit box to read the letter Julian left her that tells everything Liv has done to him and how long she’s been controlling him. Alexis and Jason know they need to find Sam as soon as possible.

Share your comments below on these GH spoilers for Monday, February 27 and tune into CDL often for the latest General Hospital spoilers, news, and updates.