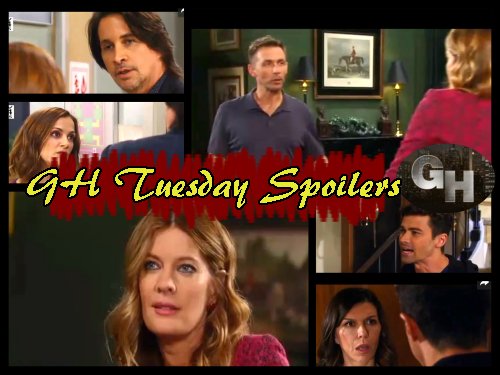 General Hospital (GH) spoilers for Tuesday, April 25 reveal Brad Cooper (Parry Shen) is out to get Hamilton Finn (Michael Easton) and has tampered with his drug test. An agitated Hayden Barnes (Rebecca Budig) demands to know if Finn is using again.

Finn knows he’s kept his nose clean so he’s stunned by the test results. Will anyone believe Finn when he insists he hasn’t touched opioids, Zen Zen or anything else? Will Finn’s supervisor Dr Griffin Munro (Matt Cohen) believe Finn? Perhaps this will all backfire on sneaky Brad. 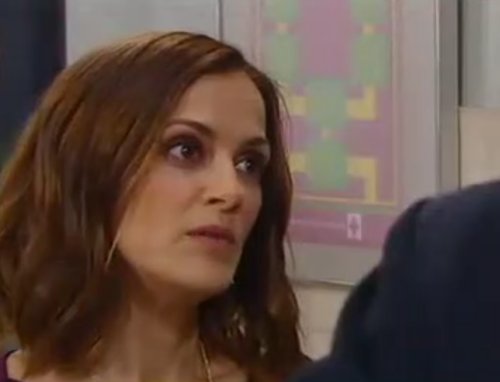 Valentin Cassadine (James Patrick Stuart) has wife troubles when he finds jealous Nina Clay Cassadine (Michelle Stafford) holding his new watch that he lied and said he bought for himself. Valentin asks why she’s holding the watch and it’s anyone’s guess whether Nina will lie or not.

Nina will say some things that lead Valentin into telling his wife lies to cover for his other lies. It’s a mess. Nina’s suspicions about Valentin and Anna Devane (Finola Hughes) continue to escalate. Nina ropes Nelle Hayes (Chloe Lanier) into her drama soon and hopes to use the new Cassadine nanny. 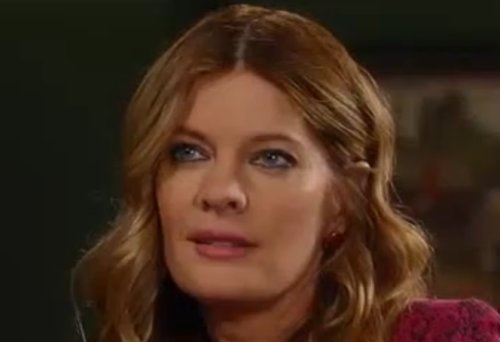 Meanwhile, Griffin isn’t happy when he finds Anna listening in on the tense conversation between Valentin and Nina. Anna is pleased her watch led to Valentin’s lies and more Nina drama since she wants to disrupt his life hoping to nail him for his criminal activities.

But Griffin sees Anna engaged in criminalities and rants to her about the dangerous game she’s playing. Griffin is worried about her health and notices Anna doesn’t seem quite herself. This all leads back to General Hospital spoilers that her twin Alex Devane is in town working the case with her. 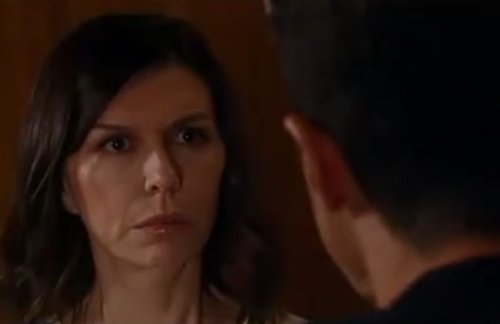 Nelle wants to know from Michael Quartermaine (Chad Duell) if he will ever forgive her. Michael seems to have softened a bit since Nelle saved Jasper “Jax” Jacks (Ingo Rademacher) from prison but is that enough? Carly Corinthos (Laura Wright) is worried about Nelle getting back with Michael.

Lulu Spencer (Emme Rylan) shares good news with Dante Falconeri (Dominic Zamprogna) and the two celebrate. This must be about Charlotte Cassadine (Scarlett Fernandez) since that’s the only thing on Lulu’s mind lately. Too bad General Hospital spoilers say things take a turn for the worse soon. 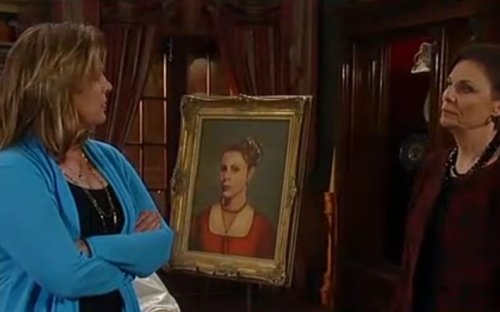 Meanwhile, the stress seems to have gotten to Samira who passes out in the Quartermaine living room. Ned Ashton (Wally Kurth) catches her but what’s going on? Is it because Samira turned down breakfast and is too nervous to eat? Or is something worse afoot? 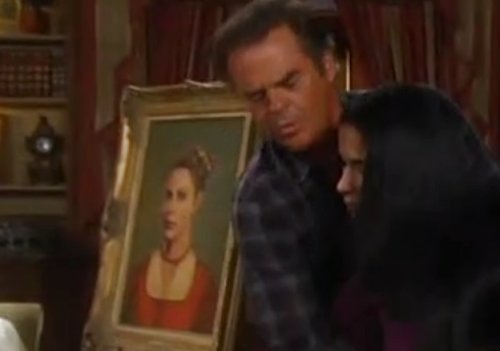 Tracy has a scheme she thinks will help Samira that involves the immigration agent, but it seems like it could be a trap and a mistake for Samira to take her up on the offer. Monica Quartermaine (Leslie Charleson) just wants to let the girl take the painting and go.

Lots to see on the Tuesday, April 25 GH. Share your comments below and tune into CDL often for the latest General Hospital spoilers, news and updates.