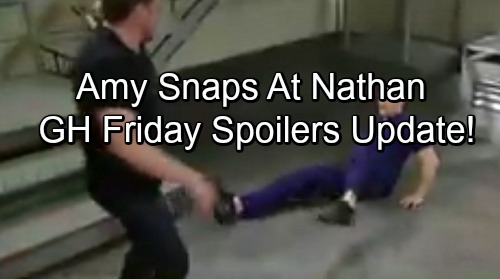 General Hospital (GH) spoilers  and updates for Friday, June 16, tease that Lulu (Emme Rylan) will face a parenting challenge. She’d better get used to it since she’s taking the lead while Valentin’s (James Patrick Stuart) away. Lulu will sense that something is troubling her daughter. It looks like Charlotte will hint that she doesn’t enjoy hanging out with Spencer (Nicholas Bechtel).

Lulu will sit Charlotte down and ask if Spencer’s been mean to her. She’ll worry that the boy’s grudge against Valentin has led to some harsh words. Laura (Genie Francis) will also try to get a grip on the situation. She may offer Spencer a warning about letting his vendetta consume him.

Spencer will point out that it hasn’t been that long since his father died. He’ll wonder if Laura has already forgotten about him. Laura will seem concerned as she tries to handle all of this. She might note that Spencer can keep Nikolas’ (Tyler Christopher) memory alive without hurting a little girl’s feelings. Charlotte shouldn’t be blamed for Valentin’s actions.

Meanwhile, Liz (Rebecca Herbst) will get a huge shock. At General Hospital, Hayden (Rebecca Budig) will admit that she’s pregnant and feeling in over her head. Once Liz has a moment to process the news, she’ll offer some guidance. Liz will undoubtedly insist that Hayden can tackle whatever comes her way.

Other GH spoilers say a vicious showdown will take place on the roof. Punches will continue to fly as Jason (Billy Miller) seeks answers from Costa (Eddie Davenport). He’ll demand to know who Costa’s working for now that Helena (Constance Towers) is out of the picture. A stunning revelation will set some dangerous events in motion. 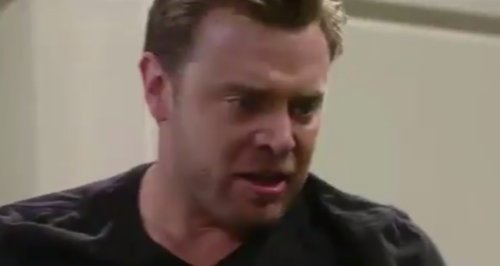 Elsewhere, Sam (Kelly Monaco) will have a weird feeling. It appears a creepy premonition will leave her unsettled. Sam will try to fight her fears, but she won’t be able to shake her inkling. She’ll believe Jason’s life could be in jeopardy and she’s exactly right.

Across town, Nathan (Ryan Paevey) will pester Amy (Rita Dorken) about her needy brother and what she plans on doing. Amy will snap that it’s none of Nathan’s business. She’s still miffed that Nathan wouldn’t get on board with her latest ruse.

Fortunately, Nathan will soon agree to help Amy out by posing as “Man Landers.” Amy will be overjoyed, but things could change when this sham begins to fall apart. We’ll give you updates as other General Hospital details emerge. Stick with ABC’s GH and don’t forget to check CDL often for the latest General Hospital spoilers, updates and news.