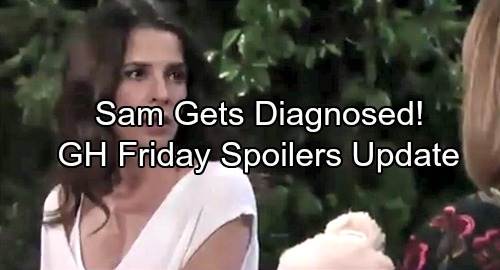 General Hospital (GH) spoilers for Friday, June 23, tease that Stella (Vernee Watson) will continue her tirade at the police station. She just found out that Jordan (Vinessa Antoine) has been hiding TJ’s (Tequan Richmond) true paternity and that certainly didn’t go over well. Stella is causing a huge scene and it’ll only get worse in Friday’s episode.

As Stella hurls insults, Curtis (Donnell Turner) will finally burst in. He understands why Stella is upset, but he won’t allow her to treat Jordan like trash. TJ will do his best to help everyone get along, but it’s going to be a while before Stella cools off. 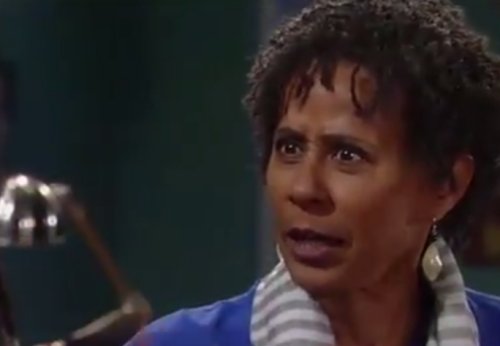 At Carly’s (Laura Wright) place, Josslyn’s (Eden McCoy) friend will stir up major trouble. Trina will note that she texted some guys and told them to bring beer. A stunned Josslyn will immediately protest, but Trina will tell her gal pal to lighten up.

Joss was hoping to let loose a little, but things are about to spiral out of control. She’ll be in hot water after this blowout wraps up. Michael (Chad Duell) seems to sense that a rebellious streak is brewing. He’s worried about Josslyn and her efforts to butt in Carly’s relationship with Sonny (Maurice Bernard).

Elsewhere, Michael will fill Nelle (Chloe Lanier) in on some of Josslyn’s issues. Nelle will find Michael’s concern to be an attractive quality. She’s always appreciated how much he adores his baby sister. Nelle will insist that Josslyn is lucky to have Michael in her life. She’ll quickly add that she’s lucky to have him in hers, too.

Michael and Nelle will exchange sweet looks during this close moment. Could a kiss be on the way? If not now, one’s surely coming soon. Across town, General Hospital spoilers say Monica (Leslie Charleson) will ponder a mystery. She’ll try to figure out why Sam (Kelly Monaco) has a sudden urge to go to Puerto Rico.

Sam will probably just suggest that she needs to support Jason (Billy Miller). She doesn’t exactly want to get into the bizarre details of her hallucinations. Besides, there’s simply no time. It appears Sam will plan on catching a flight to San Juan ASAP.

On the island, Sonny will take action when Garvey points a gun at Carly. She’ll cry out as a struggle ensues. A shot will be fired, but GH spoilers hint that Jason will arrive to save the day.

Of course, an unhinged Sam could put Sonny right back in danger next week. We’ll give you updates as other General Hospital news comes in. Stay tuned to ABC’s GH and don’t forget to check CDL often for the latest General Hospital spoilers, updates and news.