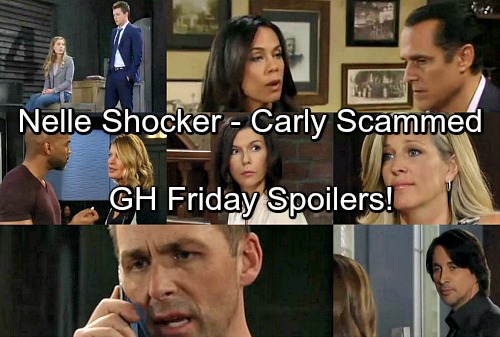 General Hospital (GH) spoilers for Friday, May 12, tease that Jordan (Vinessa Antoine) will give faux Anna (Finola Hughes) a fright. She’ll ask how long Anna thought she could hide from her. Fake Anna should breathe a sigh of relief when Jordan simply wants to catch up and get some advice.

Elsewhere, Nina (Michelle Stafford) and Curtis (Donnell Turner) will discuss his latest discovery. He just found the listening device inside the watch band. Everything will suddenly make sense for Nina. She’ll declare that Anna has been targeting her husband. Nina will feel like Anna knows exactly where to aim. 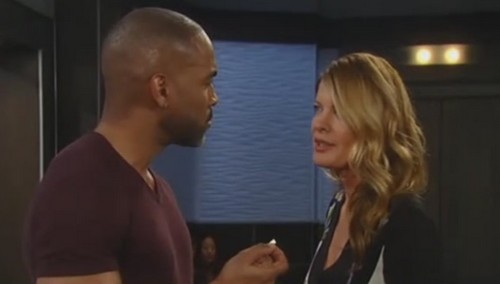 Will this shift Nina’s perspective a bit? Valentin (James Patrick Stuart) has still been sneaking around and telling a few fibs. However, Nina might cut Valentin a little slack since Anna is obviously out to get him. Nina may even offer Valentin a warning soon, but he’ll believe all hope is lost for the time being.

Anna just reached out again, but Valentin will declare that he wants nothing more to do with her. He’ll insist that he’s not going to see her today or any other day. Valentin will hold Anna responsible for the end of his marriage. Of course, faux Anna won’t give up. She’ll continue to scheme and her next trick could come with major risks. 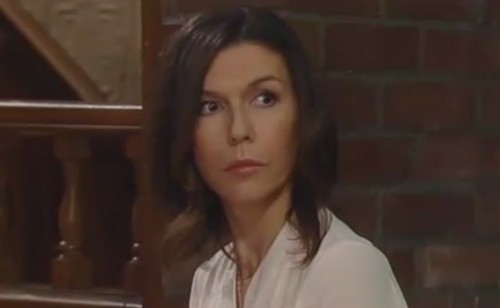 There’s a good chance Valentin and Nina will be able to work through their problems eventually. Fake Anna has even more secrets just waiting to be uncovered. It seems Anna’s twin, Alex (Finola Hughes), has been posing as her sister. That General Hospital shocker will definitely shake things up.

Speaking of shockers, Nelle (Chloe Lanier) will get a phone call that leaves her stunned. It’s not clear what this is about, but it might have something to do with her job or her kidney health. Valentin was willing to give Nelle a shot as Charlotte’s (Scarlett Fernandez) nanny, but only because Nina pushed for it. 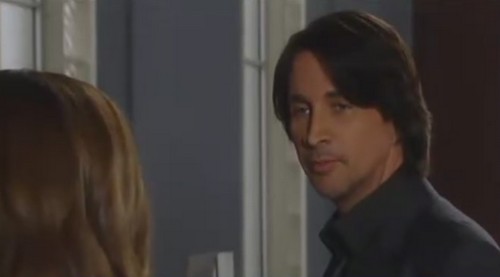 With Nina out of the picture for now, will Valentin dismiss Nelle and make other arrangements? It’s a possibility. General Hospital spoilers say Michael (Chad Duell) will find Nelle looking glum by the pier. She’ll wonder flirtatiously if Michael can give her a reason to stay.

Nelle might feel like there’s nothing left for her in Port Charles anymore. She wanted to stick around and make amends, but she’s not sure her plan is working. Next week, General Hospital spoilers state that lonely Nelle will reach rock bottom. A looming health crisis will add to her stress and pain. 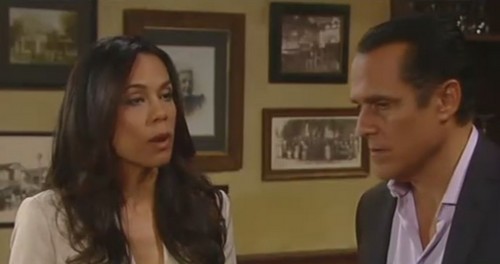 In the meantime, Martina (Daya Vaidya) will scramble to come up with an excuse that satisfies Carly (Laura Wright). It’s going to be tough to explain her handshake with Sonny (Maurice Bernard), but Martina should be slick enough to pull it off. Finn (Michael Easton) and Hayden (Rebecca Budig) will wrap their heads around the pregnancy news on Friday as well.

An exciting episode is coming up. We’ll give you updates as other General Hospital details emerge. Stay tuned to ABC’s GH and don’t forget to check CDL often for the latest General Hospital spoilers, updates and news.