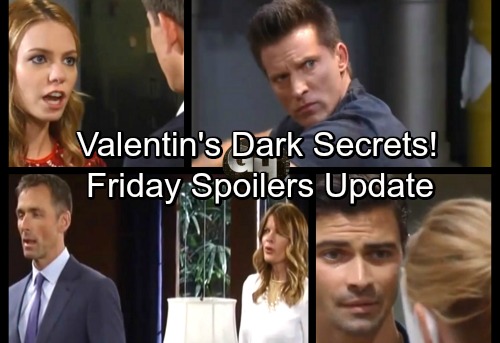 General Hospital (GH) spoilers for Friday, October 6, tease that we’ll see another argument for Michael (Chad Duell) and Nelle (Chloe Lanier). Hostility broke out when Michael realized Nelle was keeping a Grant family heirloom. He’ll still believe she should do the right thing and let Zack’s family have the ring.

Michael will keep picking at Nelle until she snaps again. General Hospital spoilers say Nelle will start a shouting match at Crimson. She won’t appreciate the way Michael is judging her. It sounds like it’ll be tough for these two to get on the same page. 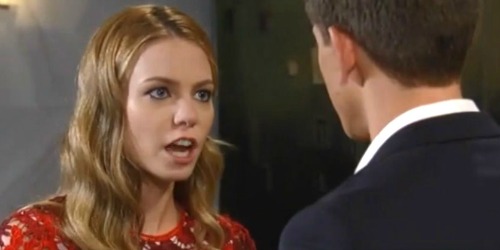 Elsewhere, Carly (Laura Wright) will fear that her warning has backfired. She wants Michael to wise up and see that Nelle is bad news. However, Michael made it perfectly clear that he’s in control of his own love life. Carly will tell Sonny (Maurice Benard) that she might’ve given Nelle the upper hand.

Of course, Carly isn’t in the loop on Michael’s latest doubts. If she gets a clue, you can bet she’ll give Brick (Stephen A. Smith) the green light on the mission she mentioned. Meanwhile, Jason (Billy Miller) and Sam (Kelly Monaco) will get steamy. They’ll make up for lost time in the bedroom on Friday’s GH episode. 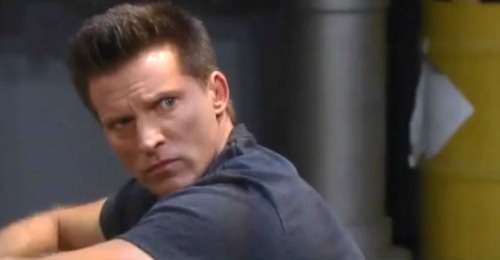 Unfortunately, Patient Six (Steve Burton) won’t be having any sexy fun. He’ll look anxious as the ship makes its way to New York. Suddenly, a stranger will approach Burton’s character. This mysterious person will wonder who Patient Six is and why he’s on board.

General Hospital spoilers reveal that Nikolas’ (Tyler Christopher) old enemy will appear on Friday. There’s no word yet on which adversary will pop up, but he might interact with Patient Six. That’d be an interesting twist in this double Jason saga. 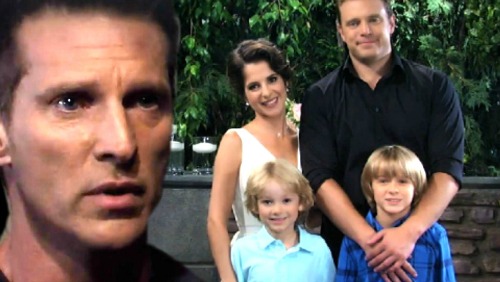 Back in Port Charles, Nina (Michelle Stafford) will have to pry answers out of Valentin (James Patrick Stuart). She’ll be upset when she hears about Laura’s (Genie Francis) aggressive outburst. Nina will ask when Valentin was going to tell her he was held at gunpoint. She’ll think that’s the kind of thing a wife should know!

Later, Valentin will head off on a risky trip. While he’s away, Nina will need Nelle’s assistance with a special assignment. It seems both Valentin and Nina have secret projects in the works. Across town, Griffin (Matt Cohen) will take one step forward and two steps back. He’ll grow frustrated when Ava (Maura West) lashes out at him.

General Hospital spoilers say Ava won’t be interested in more mixed signals. She’ll insist that their business has concluded, so he should just go. Griffin and Ava obviously have some issues to deal with before a real romance can happen. We’ll give you updates as other details emerge. Stay tuned to ABC’s GH and don’t forget to check CDL often for the latest General Hospital spoilers, updates and news.