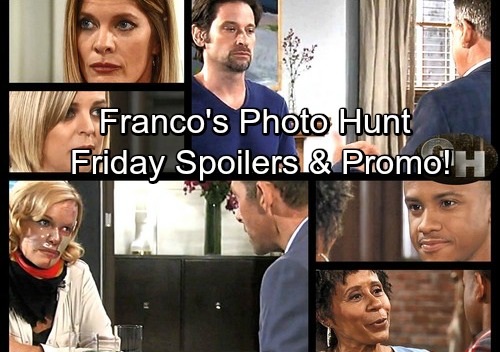 General Hospital (GH) spoilers for Friday, September 8, tease that Franco (Roger Howarth) will decide to have a chat with Scott (Kin Shriner). He just can’t seem to shake off his past. Franco will hope that Scott can clear some things up for him, but that plan won’t pan out. Scott will admit that he can’t provide any help.

Franco will have to find another way to get to the bottom of all this. At least Jake (Hudson West) delivered a good clue. Franco’s young friend looked identical to Steve Burton’s Jason, or pre-surgery Billy Miller’s, as a boy. That’s something Franco can work with. 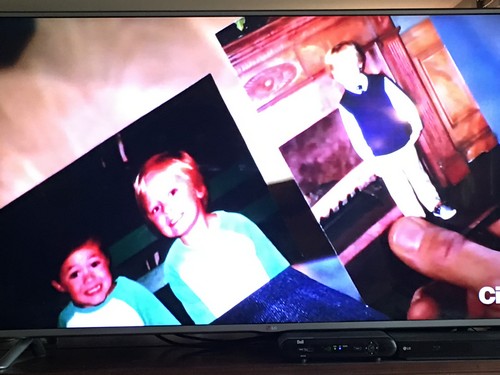 Meanwhile, GH spoilers say Liz (Rebecca Herbst) and Griffin (Matt Cohen) will have a deep conversation. After Liz opens up about her problems, Griffin will discuss a few of his own. He’ll confess that he’s figuring out how he feels. Griffin has a real connection with Ava (Maura West), but he’ll struggle to decide how to handle it.

Liz will dish out some advice and Griffin will try to cope with his crisis. Elsewhere, Ava will have a different solution in mind. She’s no longer worried about taking the high road. Ava will meet with Valentin (James Patrick Stuart) to talk about the miracle he offered. When she gets stuck on the details, Valentin will ask for a simple yes or no. He’ll wonder if Ava is willing to make a deal.

At Crimson, Maxie (Kirsten Storms) will make a bold declaration. She’ll approach Nina (Michelle Stafford) and announce that she wants her old job back. Nina will seem a bit uneasy about the idea. This probably isn’t something she can agree to right away. Maxie and Nina will certainly have some issues to sort out.

Other General Hospital spoilers say Amy (Risa Dorken) will give Nathan (Ryan Paevey) updates on the Man Landers situation. She’ll regret to inform him that their little ruse isn’t quite over. The scheme has hit another snag, so Nathan will work with Amy to get a grip on it.

Across town, Stella (Vernee Watson) will meet up with TJ (Tequan Richmond). She’ll say as far as she’s concerned, her work here is done. Stella might consider leaving Port Charles, but Curtis (Donnell Turner) and Jordan’s (Vinessa Antoine) reconnection could change her mind.

General Hospital spoilers indicate that Stella will find something new to occupy her time, so maybe that means Curtis will try to keep her busy. For now, Jordan will prepare for battle. After a love session with Curtis, Jordan will express her lingering fears and he’ll offer reassurance.

It sounds like a great GH episode is coming up. We’ll keep you posted as other news emerges. Stay tuned to the ABC soap and don’t forget to check CDL often for the latest General Hospital spoilers, updates and news.