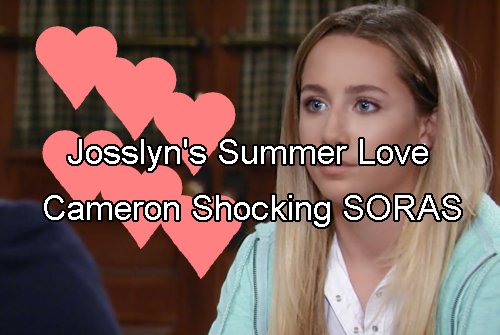 General Hospital (GH) spoilers reveal Josslyn Jacks (Eden McCoy) is about to have an interesting summer – and it involves a love interest for the recently SORAS’d teen. GH viewers have wondered why the ABC soap’s showrunners made Josslyn nearly a decade older than she should be since the kid was born in late 2009. Now new GH spoilers indicate she’s getting a hot summer story and will fall in love.

General Hospital casting spoilers leaked a script for a teen boy named Noah that Josslyn met at the riding stables. You might recall that before Jasper “Jax” Jacks (Ingo Rademacher) was expelled by US immigration thanks to Sonny Corinthos’ (Maurice Benard) rude plotting, he and Carly Corinthos (Laura Wright) discussed Josslyn’s love of riding and both met her at the stables as Jax was headed for deportation.

It’s at the stables that Joss will run into her first love, but new GH rumors tease that “Noah” was just a fake name used for the audition and Cameron Spencer (currently portrayed by Michael Leone) will be hit with a SORAS to make him the same age as teenage Joss. These General Hospital writers love to tinker with history and Cameron was born in 2004, so he should be nearly a teen anyway. 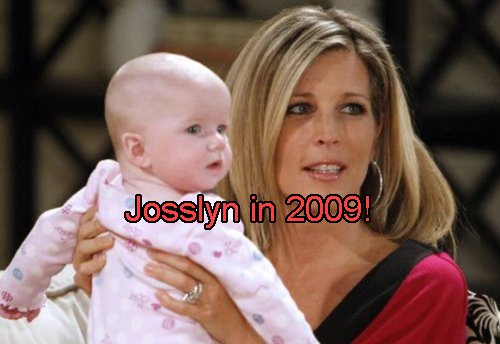 Jamey Giddens teased Josslyn’s summer love on a recent Daytime Confidential podcast and said her new boyfriend would be someone from a GH family that everyone loves. The only “Noah” among the GH cast of characters is Noah Drake (Rick Springfield), so this definitely seems like a bait and switch on the leaked audition script. Then again, General Hospital holds this kind of info close to the vest.

Other casting rumors indicate Josslyn will get not only a summer romance, but also a new teen bestie who’s a lot of trouble waiting to happen. The audition script for this character has her name as “Trina” but that could change. Trina is a wild child that encourages Josslyn to sneak booze from Carly’s liquor cabinet and invite boys to her house to party while Carly is out at work.

General Hospital writers have crafted a solid foundation for this story with Jax’s deportation so Josslyn is chock full of daddy issues and ready to go looking for trouble. A leaked script showed Trina trying to get Josslyn to steal booze and blame her granny Bobbie Spencer (Jacklyn Zeman) and Josslyn was resisting but we know she’ll cave. Other upcoming spoilers say Joss is trouble for CarSon. 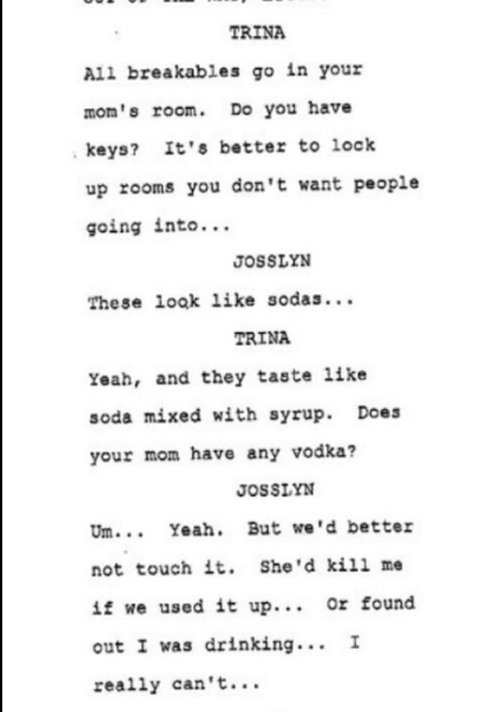 Carly and Sonny warm up to each other again after the revelation that Ava Jerome (Maura West) helped fuel Morgan Corinthos’ (Bryan Craig) death but Josslyn will be furious that her mom is getting close to Sonny again. This angst will send the teen spiraling. But while Trina is a bad influence, Josslyn’s new BF is rumored to be a good guy who likes music, plays the guitar and is introspective.

If the casting rumors are true, Liz Webber (Rebecca Herbst) is about to be the mom of a teen, but other spoilers hint Jake Webber (Hudson West) will remain as-is since he was born three years after Cameron, only now the age gap will widen as his big brother becomes a teenager overnight. Share your comments on Joss’s summer love with Cameron and tune into CDL for more General Hospital spoilers.