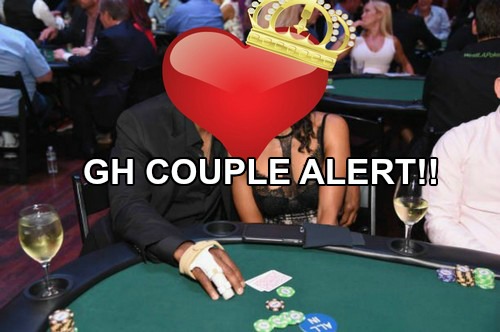 General Hospital (GH) spoilers reveal GH co-stars Vinessa Antoine (PCPD Police Commissioner Jordan Ashford) and Anthony Montgomery (Dr. Andre Maddox) are dating as a real-life couple. It seems they have been dating for well over a year now, but the truth has been exposed! Furthermore, the couple has openly declared their relationship now – see bottom Instagram.

GH stars, Vinessa and Anthony were finally seen together, up close and sitting cozy at the Heroes for Heroes: Los Angeles Police Memorial Foundation Celebrity Poker event. Pictures of the two have been posted on Twitter feeds as well. Again on General Hospital’s twitter account, they appear together wishing a happy birthday to beloved Laura Wright, who portrays Carly Corinthos on the ABC daytime drama. 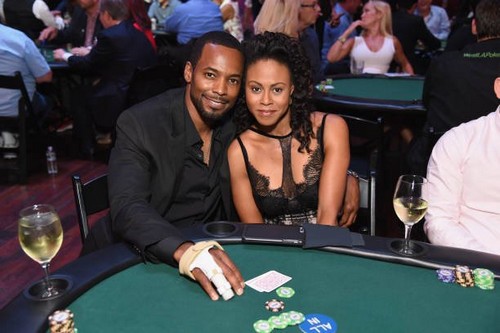 General Hospital spoilers tease that all the signs were there, with clues on both their social media accounts, but for the most part kept their relationship a secret. Now that the truth is out, you can count on seeing more and more photos, so be sure to check back often for any news about this new couple!

Currently on General Hospital, Jordan Ashford has reunited with on-screen love, Curtis Ashford (Donnell Turner) and both presented an united front with Curtis’ Auntie Stella (Vernee Watson); admitting they were in love and she has to accept what is and let go of past grudges. How do you feel about Jordan and Curtis’ reunion? 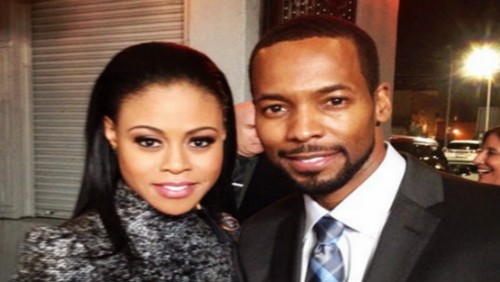 General Hospital’s Dr. Andre Maddox has been playing more like a detective over a psychiatrist as he helps WSB agent, Anna Devane (Finola Hughes) work on a case to expose Valentin Cassadine (James Patrick Stuart) for the sadistic, shrewd and awfully dangerous individual everyone claims him to be.

After her visit with Raymond Berlin (Robert Curtis Brown), Anna discovered the diamond Spencer Cassadine (Nicolas Bechtel) gave to her granddaughter, Emma Scorpio Drake (Brooklyn Rae Silzer) wasn’t stolen by Raymond Berlin but in fact, has ties to Valentin and she is doing everything in her power to destroy the man; of course with Andre’s help.

CDL wishes the gorgeous Vinessa Antoine and her handsome Anthony Montgomery all the best in their happy relationship. Be sure to tune into ABC’s General Hospital (GH) to catch up on all the exciting stories happening right now in Port Charles. Check CDL General Hospital spoilers often for news and updates!

Happy Valentines Day! 2 years ago you came in and changed it all @mramontgomery ❤️💋👑💫 Love you babe. And they said we don’t have chemistry? Ha! “See he’s like everything I dreamed of But better than the preview Now everything he working on Has got me saying me too Like he food that I need, blood ’cause he bleed He real ’cause I see, it’s all meant to be Remember how to make believe Yo these brothers are your enemy You’re in a state of disbelief Without your heart you’ll never be So sister’s sing along with me Because your love is true”. – 😘Floetry