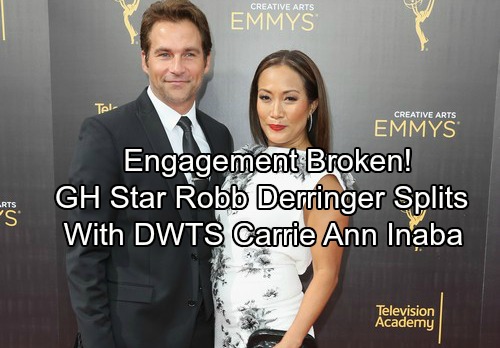 General Hospital (GH) spoilers reveal that a former soap star’s real-life romance has ended in heartbreak. You might remember Robb Derringer as Kyle Sloane on GH from 2014-2015. He also had an arc earlier this year as Scooter Nelson on Days of Our Lives. Unfortunately, the actor just faced some relationship drama and it didn’t turn out well.

Up until recently, Robb Derringer has been an item with Carrie Ann Inaba, who’s a judge on Dancing with the Stars. Many General Hospital watchers are also fans of DWTS, so they were thrilled for the happy couple. Alas, things aren’t so happy anymore. Inaba and Derringer have apparently called it quits! 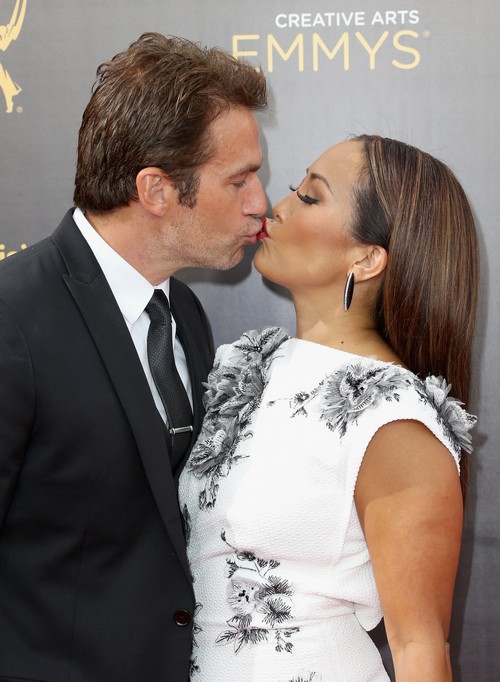 The duo chose to take their relationship public in 2016, which led to an engagement announcement in December. Their romance seemed destined for a fairytale ending, but it just wasn’t meant to be. Derringer and Inaba are staying silent on their troubles at the moment. Perhaps the wounds are bit too fresh.

However, someone close to the couple claims that their engagement is indeed over. People Magazine’s source insists that Derringer and Inaba decided to go their separate ways. If you’re a GH or DWTS viewer who checks Instagram regularly, you might’ve seen this coming. Earlier this month, Inaba posted a suspicious quote along with a broken heart emoji.

Sadly, it sounds like Inaba and Derringer will have to keep looking for love. We wish them the best! As for their careers, what’s next for them? Would you like to see Derringer back on GH or another soap? Do you enjoy Inaba on DWTS? We’ll give you updates as other General Hospital news comes in. Stay tuned to the ABC soap and don’t forget to check CDL often for the latest General Hospital spoilers, updates and news.