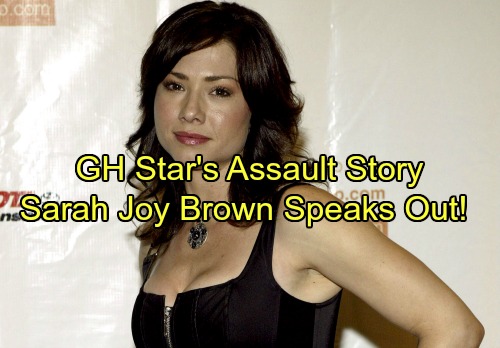 General Hospital (GH) spoilers tease that a former soap star is chiming in on an important issue. You’ve probably heard about the Harvey Weinstein scandal by now. The silver lining is that more people in the industry are speaking out against sexual harassment and assault. They’re emphasizing the need for accountability and change.

GH fans may remember Sarah Joy Brown, who used to play Carly in the late ‘90s. Brown eventually portrayed Claudia Zacchara before heading over to The Bold and the Beautiful. She later ended up at Days of Our Lives and concluded her stint in 2012. A guest spot on CSI followed that same year.

Brown decided to open up about a difficult experience on Twitter. She sent out a series of tweets to applaud anyone who’s come forward as well as offer her own story. “I reported a director who assaulted me several years ago,” Brown said. “My representative advised me it was best not to make trouble if I wanted to work.” 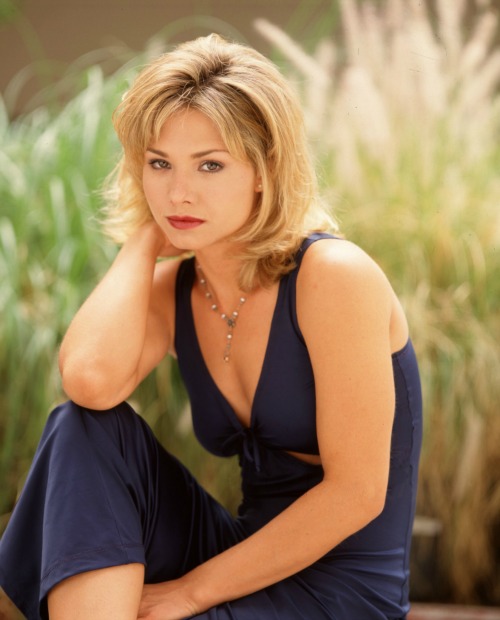 That problem’s far too common, so Brown wanted to spread the word about what’s necessary. She pointed out that Hollywood should provide safer work environments for all. Brown also wanted to draw attention to this honest and public conversation. “I’d like to add my voice of encouragement to all the women and men standing up against this inexcusable behavior,” Brown said.

General Hospital spoilers hint that a couple of big returns could be coming up, but it looks like there are no plans to bring back Brown at this time. Still, many viewers recall her days in the soap world. It’s good that Brown’s using her platform to make a difference. Numerous actors and actresses are stepping up to hopefully spark some shifts behind the scenes.

Do you miss Sarah Joy Brown on GH? Would you like to see her pop up again on one of the four main daytime dramas? What are your thoughts on the growing assault problem and those who are standing up for change? We’ll give you updates as other General Hospital news comes in. Stay tuned to the ABC soap and don’t forget to check CDL often for the latest General Hospital spoilers, updates and news.

I reported a Director who assaulted me several years ago my representative advised me it was best not to make trouble if I wanted to work.

#This!!! Yes, please. I’d like to personally tell you what I’ve seen at Disney & ABC if you’re prepared to fix it! 🙏🏼 https://t.co/XZKBSIJKQz