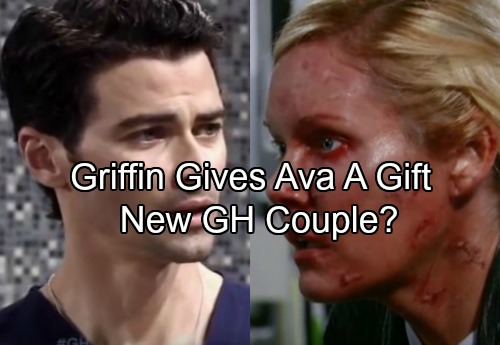 General Hospital (GH) spoilers tease that Ava (Maura West) will struggle to get her life back on track. She’ll reluctantly take part in some therapy sessions, but they may make things worse initially. Ava doesn’t want to face the world right now. She’d prefer to hide in her penthouse and drink away her problems, but she has to get her act together eventually.

Julian (William deVry) and Kiki (Hayley Erin) will try to show Ava some love. Even Valentin (James Patrick Stuart) could offer Ava hope for the future. After Valentin makes a suggestion this Friday, Ava will mull it over next week. She’ll have a lot on her mind as she considers what’s ahead.

Nevertheless, Ava will remain depressed about her circumstances. General Hospital spoilers state that Ava will be a complete wreck on August 10. She’ll just want to give up and order another case of vodka, but she can’t do that. Despite how Ava might feel sometimes, there are people who care about her.

Kiki and Julian are obviously rooting for Ava. It appears Ava may try to bond with Avery (Ava and Grace Scarola) again as well. However, it might nice for Ava to have a friend she can lean on. Ava believes her family simply feels obligated to be there for her. She needs someone to step up who isn’t tied to the Jerome clan.

Fortunately, Griffin (Matt Cohen) will be that person for Ava. General Hospital spoilers say Griffin will reach out on August 15. He’ll give Ava a surprise that leaves her wondering what’s up. Ava isn’t used to people being kind to her. She may think Griffin only feels pity, but there could be more to the story.

Griffin and Ava shared some warm moments when she was in the burn unit. He was there for Ava when she was at her lowest. Griffin even prayed with Ava and tried to protect her from Sonny’s (Maurice Benard) wrath. Now it looks like Griffin will provide another round of support.

General Hospital spoilers indicate that Griffin is getting a love interest soon. Many viewers assumed it’d be Ava, but doubts emerged when her scenes with Griffin dropped off. Is GH picking this pairing up again? Griffin’s moral compass and Ava’s wild spark might be an intriguing combo.

Regardless, at least Ava will feel like she has somebody in her corner. We’ll give you updates as other GH news comes in. Stay tuned to the ABC soap and don’t forget to check CDL often for the latest General Hospital spoilers, updates and news.  Sign up for our newsletter by clicking here and get the latest breaking soap news!