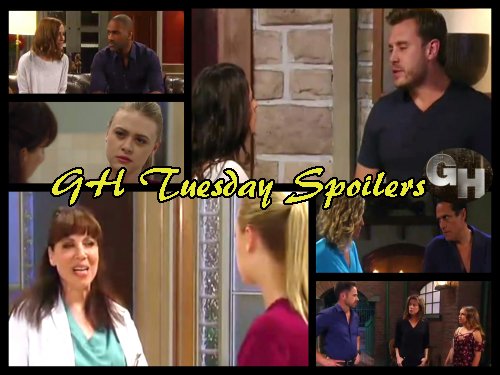 General Hospital (GH) spoilers for Tuesday, June 27 reveal that Jason Morgan (Billy Miller) is beginning to get worried about Sam Morgan (Kelly Monaco). Jason came back from Puerto Rico with a bullet hole so Sam will flip out over what happened down there. This injury confirms Sam’s worst fears and will send her to a dark place.

Jason is worried by Sam’s behavior and he wants her to see a doctor. This opens up the plot for Sam to consult with a new doc at GH played by One Life to Live’s James DePaiva in a special guest arc. How long until Sam is diagnosed? Also at the hospital, Liesl Obrecht (Kathleen Gati) wants to make sure Hamilton Finn (Michael Easton) is fired.

After Finn’s cryptic comments on Monday, Dr O wants to make sure that her plan doesn’t fall apart. Liesl tries to entice Kiki Jerome (Hayley Erin) to unwittingly help her out in her scheme to take down the lizard loving doc. Liesl makes promises to help Kiki if she’ll assist her but Kiki has no idea what she’s signing up for with Dr O. 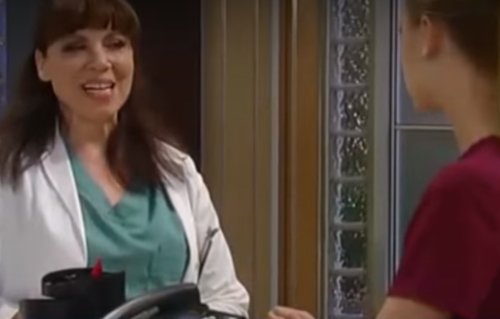 Back at the Q mansion, Finn eavesdrops on Hayden Barnes (Rebecca Budig) talking to Curtis Ashford (Donnell Turner) about the baby. Finn is heartbroken to hear that Hayden isn’t sure they should be parents and wonders what kind of life they have to offer a child. Finn keeps quiet and doesn’t reveal he heard Hayden’s discouraging talk.

Finn, Hayden and Curtis hatch a scheme to catch Liesl tampering with Finn’s tests. Monica Quartermaine (Leslie Charleson) joins the conversation and is dismayed to learn the trio is targeting one of her docs until she finds out it’s Liesl then she’s ready to play along. Later, Monica keeps vigil to help the plan go off without a hitch.

Back in Puerto Rico, Sonny Corinthos (Maurice Benard) insists he really is going to get out of the mob for good this time because he wants Carly Corinthos (Laura Wright) more than anything. Carly isn’t that naïve and knows Sonny can’t just walk away. She reminds him that there will be a turf war if he just walks out of the business. General Hospital spoilers reveal that Sonny doesn’t have a clear path out. 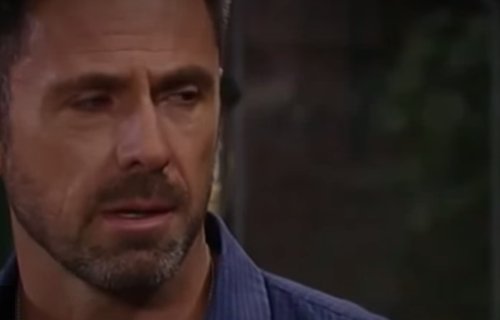 Kristina Corinthos (Lexi Ainsworth) unloads on Alexis Davis (Nancy Lee Grahn) and Julian Jerome (William deVry) when she runs into them outside Kelly’s Diner. Kristina is indignant and wants to know what’s going on with them, certain that her mom is warming back up to Julian. In fact, Alexis just told Julian she’s not getting back with him.

Alexis shares with Kristina that Julian gave Jason some info that might have saved her dad Sonny’s life. Kristina wants to know why he would do that. It seems clear that it’s not just Sonny trying to change old patterns but Julian too. Once Kristina learns the truth, she is more reasonable and offers an apology to her former stepdad.

Lots happening this week on GH. Share your comments on these spoilers for Tuesday, June 27 and tune into CDL often for the latest General Hospital spoilers, news and updates.