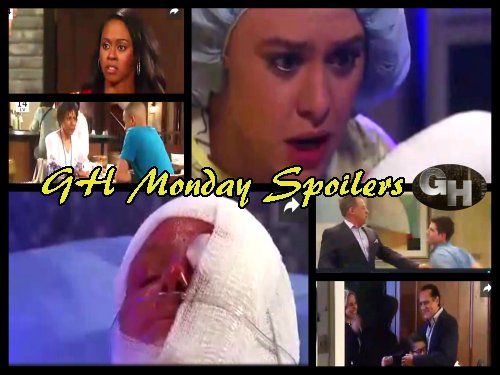 General Hospital (GH) spoilers reveal that Julian Jerome (William deVry) and Alexis Davis (Nancy Lee Grahn) have a run in and Julian thinks it’s fated. Alexis is concerned about Sam Morgan (Kelly Monaco) and she’s right to be considering what Sam is up to lately. Alexis and Julian talk things out but both are covering for the fact that Alexis let Julian spend time with his granddaughter.

At the hospital, Dr Hamilton Finn (Michael Easton) talks to Dr Liesl Obrecht (Kathleen Gati) and Dr Griffin Munro (Matt Cohen). Obrecht mocks Finn who suspects someone is sabotaging his career. Dr O knows that it’s true because she’s the one doing it. It’s not Brad Cooper (Parry Shen) messing with Finn’s drug tests, but her. Obrecht is confident Finn will be fired soon.

Out at the Quartermaine mansion, Finn meets up with Hayden Barnes (Rebecca Budig) and Curtis Ashford (Donnell Turner). Hayden wants Curtis to bust Obrecht for tampering with the test. Monica Quartermaine (Leslie Charleson) is on board with the plan since she would love to get Dr O out of General Hospital once and for all. Curtis takes the job. 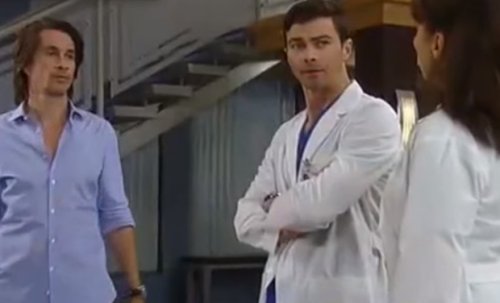 Back at GH, Kiki Jerome (Hayley Erin) spends time with Ava Jerome (Maura West). Kiki is stunned when Ava tells Kiki to go and don’t come back. Ava signed a DNR so if she flatlines again, they won’t revive her. It seems that Ava has given up hope about her future and is ready to die. Her treatments are painful, she has no quality of life, and knows Avery is probably lost to her.

Nelle Hayes Benson (Chloe Lanier) and Michael Quartermaine (Chad Duell) get hot and heavy on her couch and neither wants to stop. Just how far will this go? Michael’s sister Josslyn Jacks (Eden McCoy) is in a panic across town. She’s got a party going and it looks like her grandma Bobbie Spencer (Jacklyn Zeman) is home early from work.

Oscar (Rio Mangini) is there at her side as Joss freaks out. Josslyn scrambles some lies to try and fool her grandma, but it doesn’t look like Bobbie will be convinced. Off the coast of Puerto Rico, Sonny Corinthos (Maurice Benard) is ready to get sexy with Carly Corinthos (Laura Wright) and she’s into it for about 10 seconds before she shuts it down. 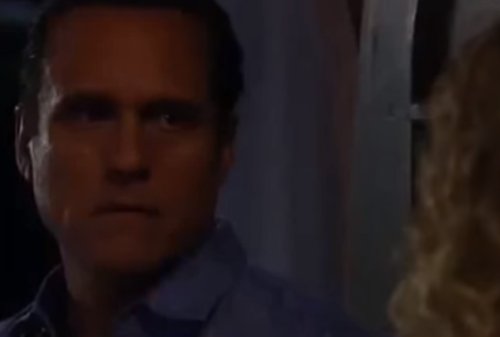 Could the Teflon Don finally be ready to hang up his mobster dancing shoes and go legit? We’ll see what happens on Monday, June 26. Share your comments below and tune into CDL often for the latest General Hospital spoilers, news and updates.