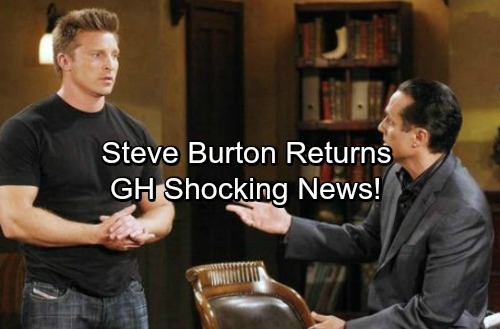 General Hospital (GH) spoilers tease that a shocker is about to shake up the soap world. Jamey Giddens of Daytime Confidential recently dropped a hint on his podcast. He noted that some major news was about to break, but wouldn’t reveal any details. As fans began to speculate, TV Guide Magazine’s Michael Logan tweeted that this was about Steve Burton.

GH viewers know that Steve Burton was quite popular in the role of Jason Morgan. Many people were crushed when Burton exited, but they grew to love Billy Miller as a recast. Now it seems things are about to get interesting. It looks like we’re gearing up for a tale of two Jasons on the ABC soap. 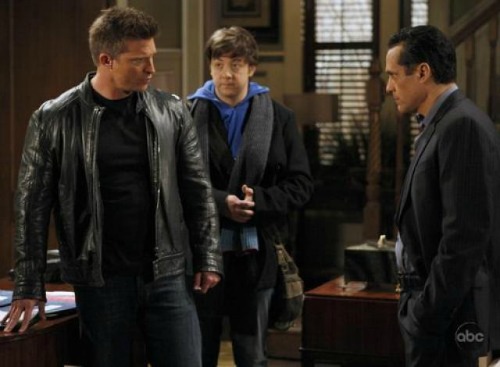 Will General Hospital do an imposter storyline? Will we be left wondering who the real Jason is? There are plenty of ways this stunning plot could play out. We also have to think what this could mean for the rest of the cast. It’s possible that General Hospital will fire someone to free up some money for Burton.

Of course, Billy Miller’s future with the show could certainly be at stake. He may not like having to share the spotlight. Will he eventually bail and jump back over to Y&R? Miller played Billy Abbott on The Young and the Restless before he landed on General Hospital. 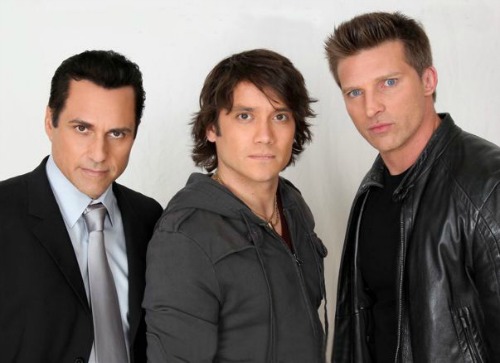 Could Y&R’s current Billy, Jason Thompson, be given the boot to make way for Miller’s return? If so, that could lead to Thompson back to GH. Perhaps we could see Dr. Patrick Drake on our screens once again. In other words, Burton’s return could spark a wave of change in the soap world. This is the biggest news we’ve had in a long time!

As for the character of Jason, it should be fun to see how this story goes. What does this mean for Sam (Kelly Monaco) and her relationship? Which version of Jason should she be with? GH fans are going to have some strong opinions about all of this. Social media is sure to be chaotic!

It sounds like some hot drama is in the works. We’ll give you updates as other info comes in. Stay tuned to GH and don’t forget to check CDL often for the latest General Hospital spoilers, updates and news. 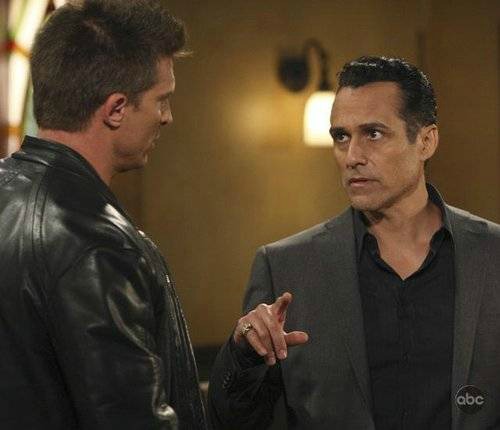