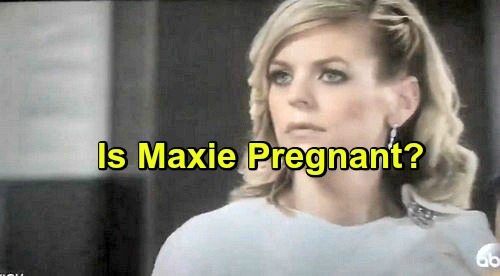 General Hospital (GH) spoilers are asking if we can expect Maxie to be pregnant for Winter Sweeps. GH fans are all wondering what is going on with Maxie Jones (Kirsten Storms), she seems to have lost her fire. Her excitement and passion is what makes Maxie, Maxie. Maxie lights up the room with her personality and smile. But lately Maxie is looking depressed, disinterested and sad. Maxie has become complacent at best trying to look like she is having a good time and enjoying it all. What’s going on with her?

All of us dedicated GH fans were at the Naxie wedding waiting for the fabulous event. Lucy Coe (Lynn Herring) was stuck on a plane somewhere, Mac Scorpio (John York) brings in Georgie Spinelli (Lily Fisher) and Maxie didn’t even bat an eyelash, what? Where is the excitable Maxie gone? 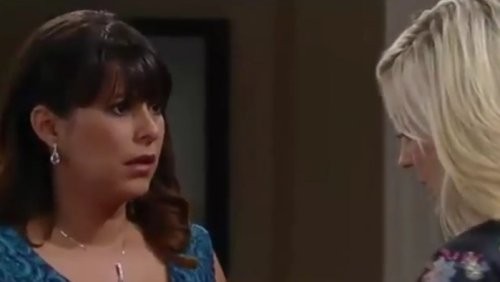 The old Maxie would have begun with a film crew from Crimson documenting each move of the wedding and each moment of the nuptials along with a date set for a recap party to watch the ceremony all over again. The venue was pretty but not extravagent and lavish enough for Maxie. She would have had each sparkle orchestrated and under control and made each instant extraordinarily special.

General Hospital spoilers claim her dress was not great; her coat was awful, her hair and makeup were too ordinary. Where was the old Maxie dressed with makeup and hair fit for a princess, a grande entrance walking down the aisle with fireworks exploding overhead? Now that’s what us fans wanted to see. Where did all the excitement and over the top go? Could Maxie be experiencing a bad reaction to an early pregnancy? 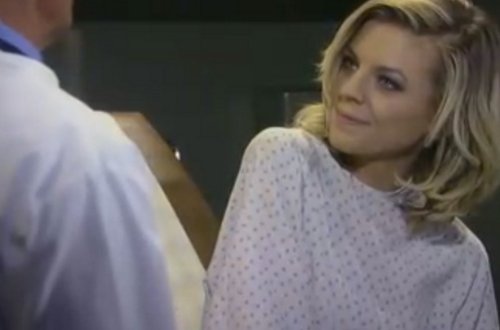 For a while now Maxie hasn’t been looking herself. General Hospital fans can’t help but notice that her face also looks a little drawn and not as shiny, stunning and glowing as usual. She just seems to be moving along with other people in whatever direction they go. No Maxie voice of her own wants and ideas.

General Hospital spoilers asks if Maxie has not recuperated from her bout with the flu when her first wedding date was planned? Did she really have the flu at all; she went down pretty fast. Or did she just think it was the flu; she was knocked out for the count by sudden hormonal changes induced by pregnancy – but rallied a few days later.

Maxie has never really returned to her “old self” with her love of life. Is there something beautiful growing inside our little princess – will there be a Maxie pregnancy announcement for GH Winter Sweeps? Be sure to watch ABC’s General Hospital (GH) for this story line and more. Check CDL General Hospital (GH) spoilers often for news and updates!