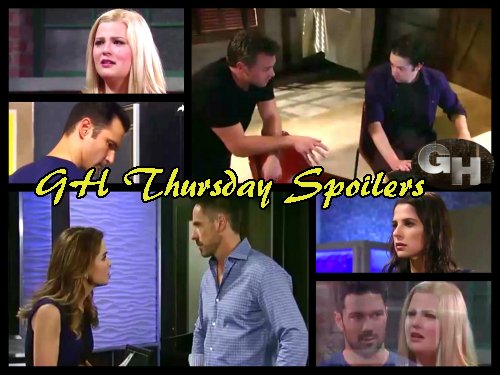 General Hospital (GH) spoilers for Thursday, June 15 reveal that Jake Webber (Hudson West) is at risk right under his mom’s nose at the hospital. Costa Phillipos (Eddie Davenport) is lurking in the halls of General Hospital and was spying on Jake as he left his therapy session with Dr. Andre Maddox (Anthony Montgomery). Will Costa whisper the magic phrase “little man” and set Jake off again?

Jason Morgan (Billy Miller) and Damian Spinelli (Bradford Anderson) now know that Costa is the guy that delivered the magic set to Jake that contained the Chimera toxin. Jason is worried Costa is in town and Stone Cold is right on the mark with that insight. Spinelli helps Jason track down Costa and this allows Jason to get ahead of the enemy that’s a threat to his oldest son.

Liz Webber (Rebecca Herbst) might get a heads up from Jason to be on the lookout for Costa because GH spoilers say she tries to keep Jake safe in the face of danger. Jake speaks to Costa when he’s at the snack machine. Surely Jake knows exactly who Costa is, but Liz won’t recognize the guy since he was wearing a delivery uniform last time he came to her door. A vicious fight is overdue between Jason and Costa. 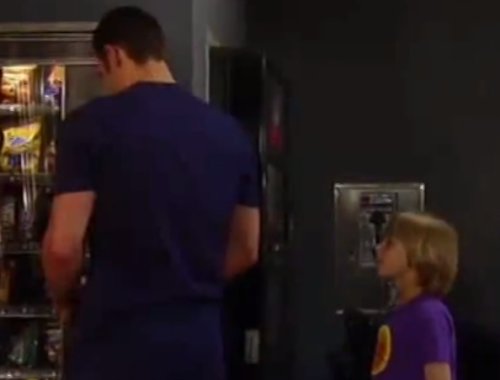 Sam Morgan (Kelly Monaco) is also at GH. She’s hearing voices and seeing things – that hallucination of Liz holding a gun on her on Wednesday was insane. Liz offered to make an appointment for Sam and it looks like the new mom decides she does need to get checked out. Sam gets a check up from Dr. Griffin Munro (Matt Cohen) and tells him about her disturbing symptoms.

Griffin says he thinks he knows what’s wrong with her. Sam also runs into Alexis Davis (Nancy Lee Grahn) but it’s not a happy encounter. Sam won’t like that Alexis allowed Julian Jerome (William deVry) to hang out with little Scout Morgan. Someone else unhappy about Julian is Olivia Falconeri (Lisa LoCicero). Olivia was hoping he’d spend his life in prison and stay away from her and her baby.

But Julian’s out on bail and Scott Baldwin (Kin Shriner) thinks Julian might skate on the criminal charges. Olivia doesn’t want to hear it and tells him to stay out of Leo’s life for good and says it would be the best thing for their son if he would just go away. Julian is crushed. Amy Driscoll (Risa Dorken) is also crushed. She’s having a very bad day – she’s got money problems that seem desperate. 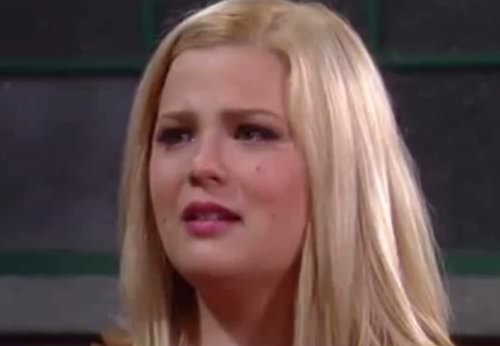 Nathan West (Ryan Paevey) overhears Amy talking to someone that she wants to help but a big chunk of cash is required. Nathan gets a little perspective on why Amy was pushing so hard for the book deal. It seems that Nathan will cave in and agree to help out Amy so she can get the money she needs. Share your comments for Thursday, June 15 and tune into CDL for more General Hospital spoilers and news