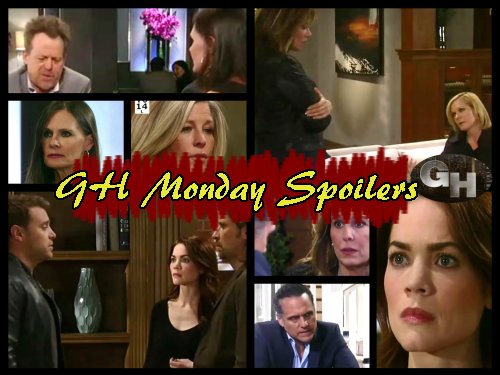 General Hospital (GH) spoilers for Monday, March 27 reveal Alexis Davis (Nancy Lee Grahn) will soon be losing her battle with the bottle. Alexis skipped out on an AA meeting and went to buy booze instead. Last we saw her, the grieving Ms Davis was starting longingly at the bottle.

Ava Jerome (Maura West) shows up uninvited to the Davis house and makes herself comfortable. The last time Ava dropped by, she encouraged Alexis to drink up, but since the ladies found some common ground in Julian Jerome’s (William deVry) death, this time should be different. 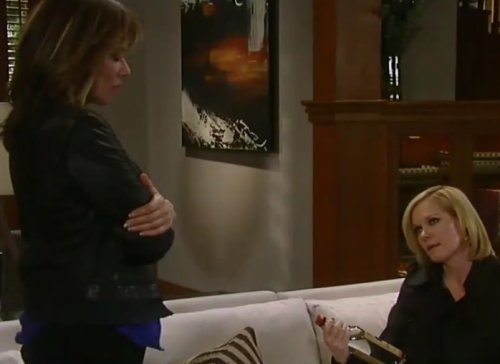 After Ava leaves, grieving Alexis falls of the wagon and has a drink (or three) and gets wasted. Ghost Julian will put in an appearance while Alexis is undoing her sobriety and he’s not too happy to see her drinking again after he went through so much to clean up her act and get her sober.

Carly Corinthos (Laura Wright) stops by to see Sam Morgan (Kelly Monaco) and baby Scout and opens up about the state of her relationship with Sonny Corinthos (Maurice Benard). Carly tells her she thinks her marriage is over based on the latest unpleasant conversation CarSon had. 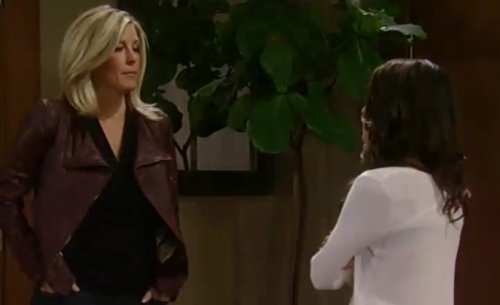 Sam has some advice for Carly about fixing her marriage to Sonny and encourages her not to let go. Sonny gets some marital advice also, but his comes from Laura Spencer (Genie Francis). Laura finds Sonny brooding at Perks, just after an annoyed Carly walked away from her husband.

Laura offers some advice to Sonny but she has another purpose for staging a run-in with Sonny. Laura wants info on new Cassadine nanny Nelle Hayes (Chloe Lanier). Sonny is stunned to hear that Nelle is working for Valentin Cassadine (James Patrick Stuart). Sonny hates the guy. 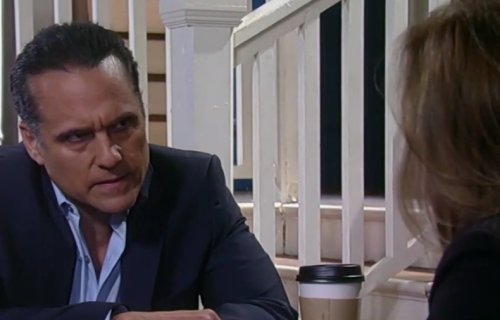 Laura gets as much information as she can from Sonny on Nelle. Laura will soon go back to Lulu Spencer (Emme Rylan) with what she found out so they can figure out how to leverage Nelle’s job as Charlotte Cassadine’s (Scarlett Fernandez) nanny to their advantage.

Over at the MetroCourt, Lucy Coe (Lynn Herring) and Scott Baldwin (Kin Shriner) talk. Lucy is scheming about the pill bottle she’s holding over Ava’s head and Scott advises her to reconsider what she’s plotting. Scott’s warning backfires and Lucy gets aggressive on the matter. 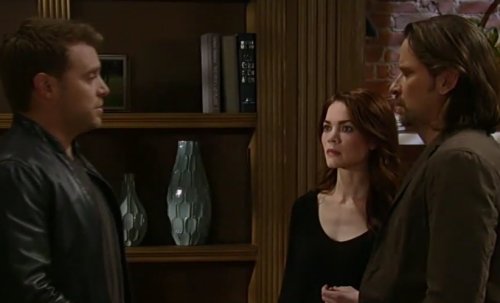 Over at Liz Webber’s (Rebecca Herbst) place, Jason Morgan (Billy Miller) sees red when he hears that Franco (Roger Howarth) is moving in with Liz and has been doing art therapy with Jake Webber (Hudson West). Jason questions Jake’s welfare staying under Liz’s roof with Franco there.

Friz and Jason face off because the couple is concerned about Jake’s drawing and behavior but Jason can’t see past their plans to cohabitate. When Jason threatens to take Jake from Liz if Franco moves in, Liz has to rethink her offer to Franco to come live with her and the boys. 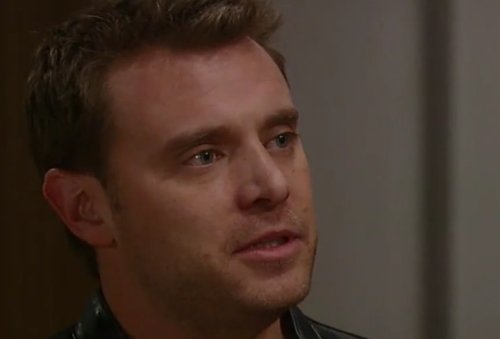 Will Jason’s outrage ruin Liz’s plans for a happy ending with Franco? Can Jason calm down and focus on Jake’s issues and not Liv’s love life? Share your comments below on these spoilers for Monday, March 27 and tune into CDL often for the latest General Hospital spoilers, news and updates.