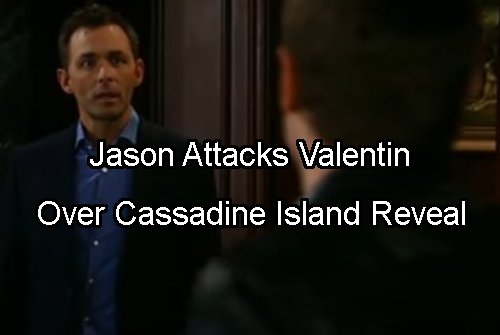 General Hospital (GH) spoilers reveal that Jason Morgan (Billy Miller) still has a load of unrecovered memories and some of them have to do with Valentin Cassadine (James Patrick Stuart). There is a lot of General Hospital history being rewritten these days about Jason and soon we’ll discover that Stone Cold and Valentin have a tangled history as well back from Jason’s Cassadine Island days.

Valentin isn’t open and friendly with many people in Port Charles but Jason is someone he definitely wants to steer clear of and that’s why when Jason came asking questions about Cassadine Island and the scarecrow, Valentin gave him permission to search the island. General Hospital spoilers claim Valentin doesn’t want to be in Jason’s cross hairs since he knows first hand just how violent Jason can be.

We saw in a flashback scene last week that Jason and Valentin have a “friend” in common. Helena Cassadine (Constance Towers) bought the Chimera Project from a still-hunchback Valentin and that means he was on the island. That was the same set of flashbacks where we saw Helena having her minion beat Jason. The times don’t align, but General Hospital tampers with history constantly. 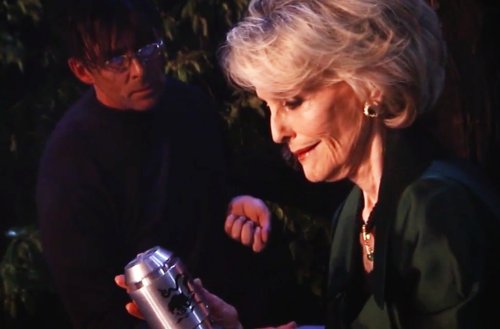 What is true is that both Jason and Valentin spent time on Cassadine Island and both spent time with Helena. Despite Helena’s claims that her stepson was the most terrifying Cassadine of them all and Valentin’s claims that he never saw his family after he was shipped off to boarding school, neither is true. Helena didn’t seem scared of Valentin and he was with family after he was grown.

But just how deep do the ties between Helena and Valentin run? General Hospital spoilers reveal that Valentin seems certain Helena is dead and that her ability to use the Chimera Project died with her. We now know it didn’t since Helena had her minion hand deliver it to Jake Webber (Hudson West) and now the toxin is in a child’s hands. While Helena was training Jake on how to use it, she also had Jason in her custody.

Knowing how dangerous the Chimera was, it’s likely Valentin was keeping an eye on Helena and the island all this time, particularly since he had plans to steal his bastard inheritance from the legitimate prince Nikolas Cassadine (Tyler Christopher) once Helena was dead. General Hospital spoilers hint that means Valentin knew Jason was prisoner as well as Jake, and did nothing to help either. 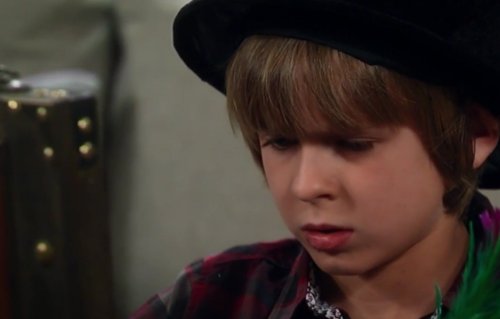 Of course, back then Valentin was a bad guy too (and still is in many ways), but Jason won’t control his temper once he remembers Valentin from back in the day on Cassadine Island. It would be one thing for Valentin to leave Jason there to be Helena’s pet assassin but for Valentin to leave Jake there under Helena’s control is quite another. Jason will want payback over his son.

Remember Valentin told Jason how terrible Helena was and he wouldn’t want any child to be under her control. Yet Valentin left Jake there knowing how bad it could turn out for the kid. Valentin has some epic payback coming from Jason once these memories return. Share your comments below on Jason and Valentin and tune into CDL often for the latest General Hospital spoilers.