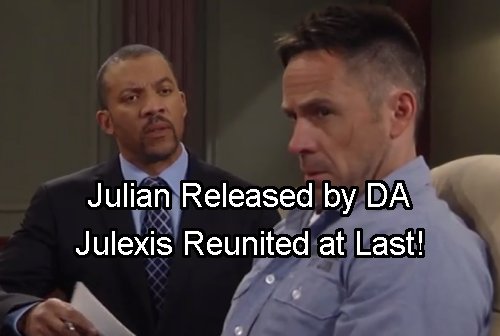 General Hospital (GH) spoilers reveal Julian Jerome (William deVry) gets a very enticing offer on Monday’s new GH episode, May 15, which could have him back in Alexis Davis’ (Nancy Lee Grahn) life immediately. Julian had written himself off and knew he was going to jail for life after he was nabbed by the Port Charles police. But now, the higher ups at the PCPD and city hall have other plans for the Jerome mob boss.

A new ABC General Hospital promo video shows a representative for Port Charles’ district attorney tells Julian that he’s not their primary target and Julian is stunned. The DA is fully aware that Olivia “Liv” Jerome (Tonja Walker) is responsible for the chaos and carnage related to her schemes and that Julian was an unwilling accessory. Julian is told what he already knows – that his crazy sister is mentally incompetent to stand trial.

The DA also says that convicting Julian won’t do much for his record since Julian’s not a mob boss anymore and was just some schmuck that got dragged into his sister’s insane schemes. General Hospital spoilers leak that then the DA says getting a conviction against Sonny Corinthos (Maurice Benard) is “a different story” and that’s when the deal that Julian is being offered rolls out for him to consider – and it’s very tempting. 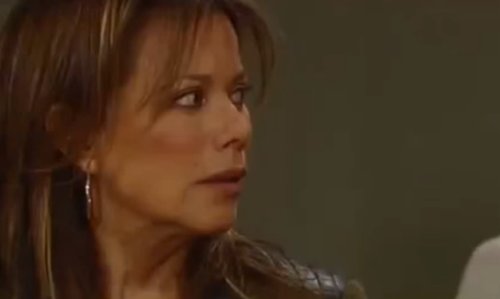 The DA shockingly offers to drop all the charges against Julian and let him walk free and will even allow him to go back to being both a business mogul at Derek Wells Media and a part-time criminal in his spare time. They don’t care what Julian does so long as he hands them Sonny on a silver platter. But how will that happen? General Hospital spoilers say that this offer sounds good but could prove very dangerous to Julian.

The DA says they’ll keep Julian under surveillance and they want him to provoke Sonny to the point that Sonny comes after Julian. When Sonny tries to kill Julian, the PCPD can arrest Sonny and throw him into Pentonville on a murder rap. Julian isn’t happy that the DA wants him to be “a rat” but the DA says he can’t wait until “The Teflon Don finally goes down.”

The DA tells Julian that Sonny will be in prison and Julian will walk free and adds “everybody wins.” Julian doesn’t like the idea of being a rat since that’s against his mobster instincts but getting rid of Sonny and getting his life back is very tempting. General Hospital fans know that Julian still loves Alexis and after their night of passion, he knows she still has feelings for him and now he has a shot to win her back. 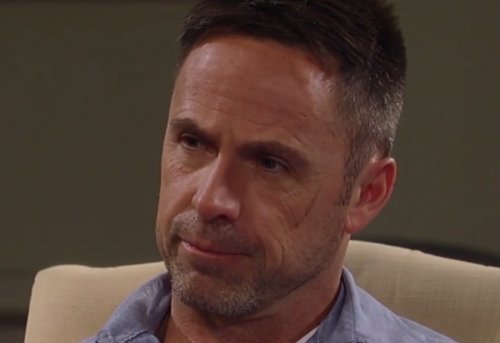 It doesn’t seem like there’s any reason Julian would turn down this deal unless he feels so guilty about his sister killing Morgan Corinthos (Bryan Craig) that he can’t let Sonny go to jail – but since when has guilt been a big factor in Julian’s psyche? General Hospital spoilers hint there’s little doubt that love will trump all for Julian and he’ll take the shot to be with Alexis even if it means going against the biggest rule of the mob – you never rat anyone out!

This could be the shot at new love Julexis needs – but Julian’s life will be at risk from Sonny and he can’t count on the PCPD to protect him from Sonny and the Corinthos cartel minions. Will Julian survive this scheme? Will Alexis welcome Julian with open arms and give their love another chance? Share your comments below on this coming twist and tune into CDL often for more General Hospital spoilers.