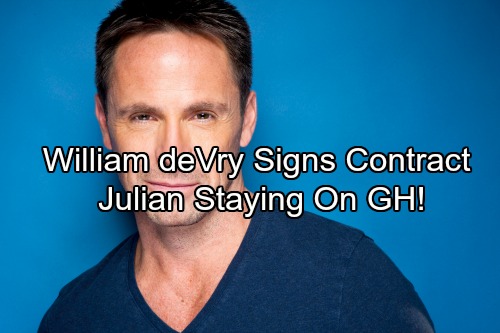 General Hospital (GH) spoilers tease that there’s some fantastic news to report. William deVry has apparently re-signed with the ABC soap and will continue to play Julian Jerome. Frank Valentini, GH’s executive producer, sent out a tweet to confirm the updates. He seemed excited to share this fun surprise with General Hospital viewers.

Valentini said, “Great news-just in time for the weekend!! Will DeVry is staying in Port Charles! Deets to follow.” Contract negotiations had been stalled for quite a while, but deVry always indicated that he was interested in sticking around. It’s awesome to hear that they finally worked out a deal.

Nathan Varni followed up by quoting Valentin’s tweet and suggesting that it was indeed great news. He noted that he couldn’t wait for the story to continue. That’s certainly true for fans of Julian and as well as the popular pairing of “Julexis.” Alexis (Nancy Lee Grahn) and Julian still have a chance to reunite! 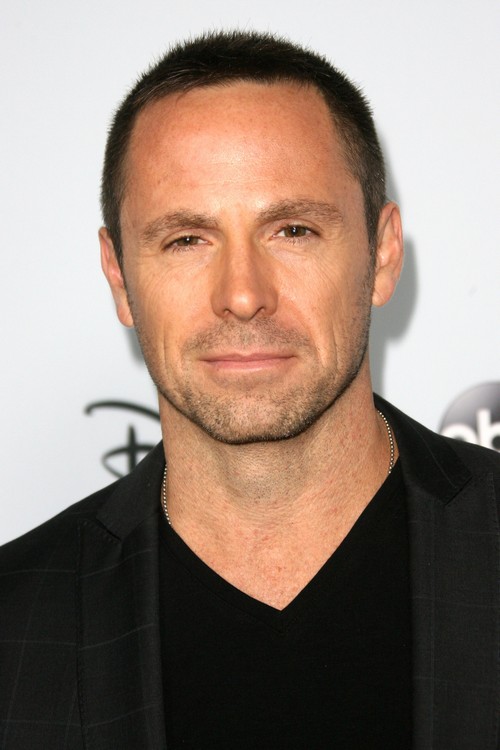 General Hospital spoilers state that Julian will be off canvas for a while since negotiations took so long. He wasn’t able to film, so Julian will be sent to prison for a short time. Of course, Scott (Kin Shriner) will undoubtedly work on his appeal. Now that we know deVry has re-signed, it should make it easier to watch Julian get hauled away. He won’t be out of the picture indefinitely.

Perhaps this time apart will actually be a good thing for Alexis and Julian. She can mull over how much he means to her until he finally walks back into her life. Will Alexis be ready to try again at that point?
Julian will certainly hope so, but he won’t push it. He’ll have his freedom, which means he’ll have hope. That’s all that matters. General Hospital spoilers hint that there’ll be complications, but that’s how a soap romance should be.

So GH fans, what do you think about William deVry’s new deal? Are you glad they found a way to keep Julian in Port Charles where he belongs? Do you have high hopes for a “Julexis” reunion? We’ll keep you posted as other details emerge. Stay tuned to the ABC soap and don’t forget to check CDL often for the latest General Hospital spoilers, updates and news.   Sign up for our FREE newsletter by clicking here and get the latest breaking soap news!

Great news-just in time for the weekend!! Will DeVry is staying in Port Charles. Deets to follow #Julian #GH