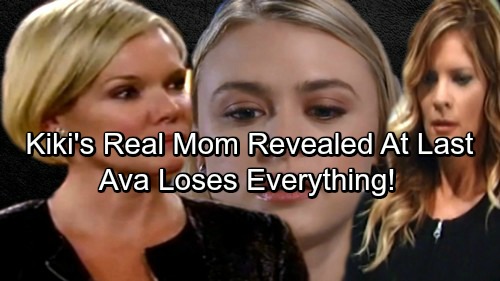 General Hospital (GH) spoilers indicate that the long overdue reveal that Kiki Jerome (Hayley Erin) is not Ava Jerome’s (Maura West) daughter is coming soon. What’s most shocking about this reveal is that it will be Kiki herself that ferrets out the truth and confronts Ava about a secret she’s kept for two decades. Even after Kiki finds out Ava is a fraud, Ava will fight to hide the truth from Kiki and keep her apart from her biological mom.

But the most interesting thing about this long-awaited General Hospital reveal is how it will happen. It won’t be a doctor that sorts it out, but Kiki herself. This mystery has been stewing ever since Ava came to town with Kiki and began lying about who Kiki’s father was. Remember Ava first said it was Franco (Roger Howarth) and only admitted later that was a lie. 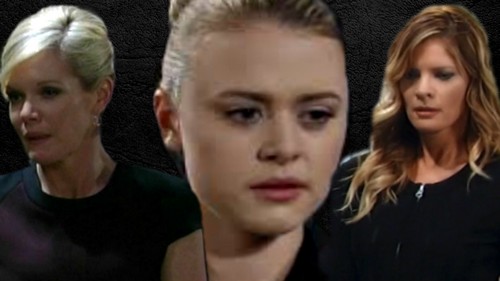 It seems strange that Ava would lie and say her baby daddy was a serial killer instead of a respected physician. General Hospital spoilers say the reason was to create distance between Silas Clay (Michael Easton), Kiki, and his past. Also, don’t forget that when Kiki was DNA tested to ensure she was a match to Silas, she was never tested as a match for Ava because there was no reason to suspect her mother was lying about both her parents. 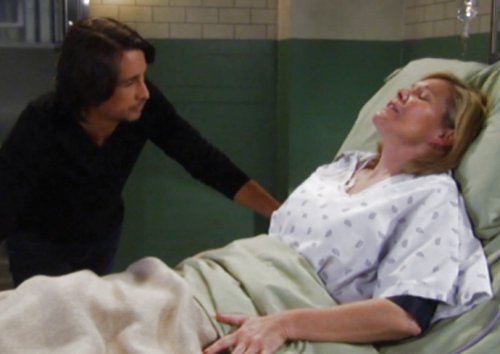 But later, there was a DNA test that did test Kiki and Ava – but only Ava and Silas knew about it. Silas tested Ava and Kiki to see if they were a bone marrow match and also Ava and Avery. General Hospital fans realize Little Avery was a match but not Kiki. That’s because Kiki isn’t Ava’s child. At the time, Silas was too worried about Ava’s cancer to ponder those puzzling test results.

And not long after that, Silas was murdered by Madeline Reeves (Donna Mills). Madeline supposedly killed Silas over Nina Clay’s (Michelle Stafford) inheritance but General Hospital spoilers claim it was more about keeping the secret of Kiki’s true mother and birth story. Why would Madeline care? Because Nina is Kiki’s mother. When Nina was drugged into a coma by her awful mother Madeline, she was pregnant with Silas’ baby.

But when she woke years later, Nina was told her baby miscarried. But that’s a lie. Not only did Madeline pay Ava to seduce Silas away from Nina, she also paid Ava to take Kiki to raise as her own. General Hospital spoilers reveal that there is a lot of evidence to support this. First, although Ava came to care for Kiki over the years she raised her, it seems doubtful she would have slept with the boyfriend of a true biological child. 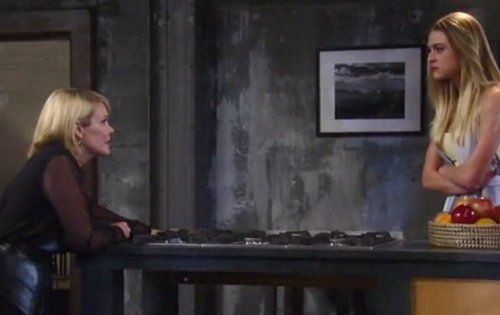 Yet that’s exactly what Ava did to Kiki with Morgan (Bryan Craig). Second, when Ava was pregnant with baby Avery, she was reading a pregnancy guide for first time mothers. Ava should not have been reading a first-time pregnancy guide if she had already carried a child. Finally, there is Nina’s gut instinct that Ava owes her a baby. That’s why Nina forced Ava into early labor and stole baby Avery.

Nina knows deep inside that she didn’t miscarry her child and subconciously recognizes Ava stole Silas and then her child. But how does the truth come out after all this time? It’s Kiki’s newfound interest in medicine that will lead her to the shocking and life-altering discovery. Kiki is working at General Hospital and taking medical classes. Early on in those courses, you learn about blood typing and basic genetics.

Kiki will quickly realize that the facts about her parents don’t align to what she learns about herself in her medical training. Kiki can easily pull records on both Silas and Ava from the GH file room to confirm her suspicions. Silas is her father and his genetic information matches hers, but there’s no way Ava is her mother. That leads Kiki to confront Ava about her worst lie yet. 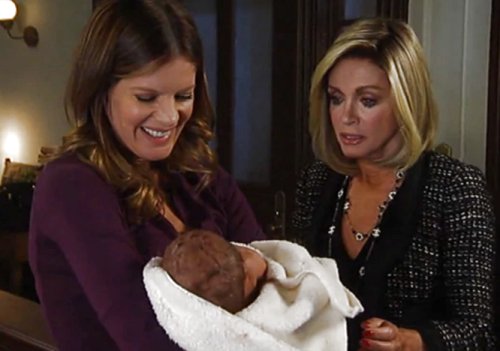 General Hospital spoilers tease that Ava will not want to admit the truth so this will be a two stage reveal. First is Kiki figuring out Ava is a liar and not her bio mom. Second is Kiki figuring out who her mom is and reuniting with Nina. Since Nina is losing Charlotte Cassadine (Scarlett Fernandez) and wants so badly to be a mom, this will be a blessing. It will also be a blessing for Kiki who deserves a decent mother that won’t hurt her like Ava has.

Share your comments on the coming reveal of Nina as Kiki’s mom that’s long overdue and Ava’s house of cards finally collapsing. Be sure to tune into CDL often for the latest General Hospital spoilers and news.