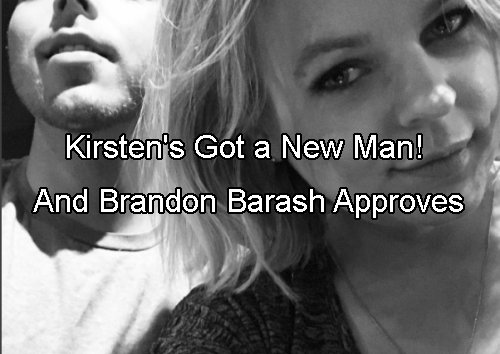 General Hospital (GH) spoilers reveal that Maxie Jones (Kirsten Storms) will be back on set shortly filming new scenes including Maxie’s long-awaited return to the arms of Nathan West (Ryan Paevey). Maxie and Nathan’s on-screen romance is hot, but did you also know that Kirsten has a new boyfriend in real life?

Not only does Kirsten have a new guy in her life, but her ex-husband Brandon Barash has given it his seal of approval. This week, Kirsten Storms shared a pic on Instagram of her with a new guy out for dinner and a night at a comedy club and she captioned it “Date night”. This seems to be the same guy she’s with in another pic from last week at Taco Bell.

So Kirsten is dating again and Brandon Barash hit up her Instagram pic of her date night with a like. That means he’s on board with and surely has met the new guy since he and Kirsten are happily co-parenting their daughter Harper Rose Barash. So who is this mystery man in Kirsten Storms’ life? Thus far, she hasn’t put a name with the face and hasn’t even shown fans his entire face. 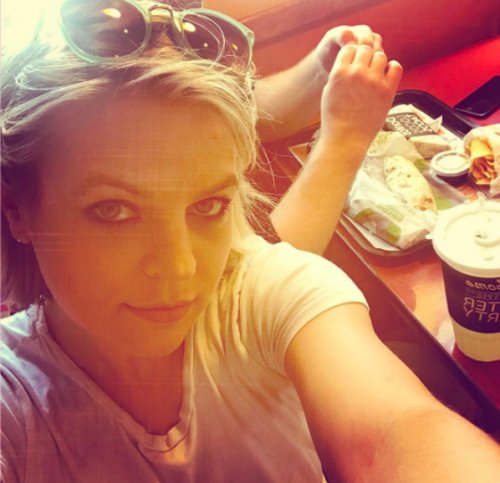 But clearly, Kirsten wants GH fans to know she’s dating and is not hiding her new romance, so that seems like it might be serious. And that’s not the only serious topic Kirsten has spoken about this week. She’s also addressing rumors head-on about her three month exit from GH and her mental health struggles in exchanges with fans on an Instagram post.

One fan remarked that her face looks different and asked if it was Botox. Kirsten replied, “nope. Just some good old lbs.” Kirsten’s acknowledging she’s put on some healthy weight which is good given how rail thin she had grown before taking her break from GH. But when another fan accused her of lying about why she was on a break from the show, Kirsten made a shocking admission.

Kirsten wrote “I try to keep my personal issues private however I recently mentioned on Twitter that I suffer from SEVERE depression. If you or someone you know has dealt with it then you know it can be a difficult time in life. I‘m doing much better as of late and look forward to returning to work soon.” 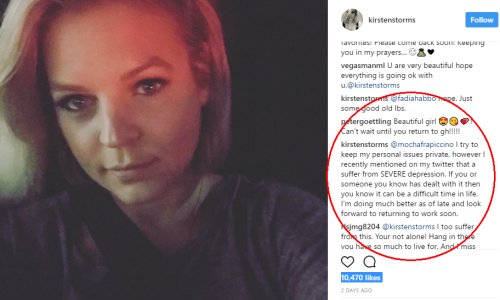 Clearly, whatever Kirsten has done while on her on three-month hiatus from General Hospital has done her a world of good. She looks happy, healthy, has put on some weight and now has a new man in her life. GH is dark right now for a two week break but when the cast and crew lights up the Prospect Park studio next week, it seems likely Kirsten will be there filming.

Bradford Anderson will also be on set filming some episodes as Damian Spinelli and he’s sure to be part of Maxie’s return storyline. We wish Kirsten good luck on her journey and can’t wait to find out who this cute new guy is that’s in her life. Share your comments below on Kirsten’s new romance and return to GH and come back to CDL often for the latest General Hospital spoilers and news.