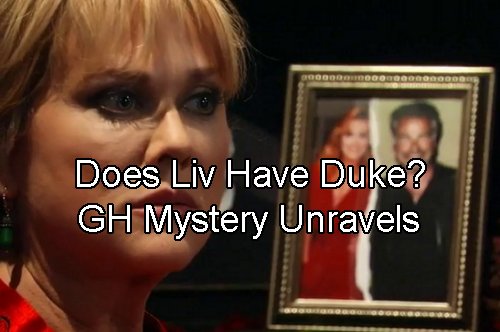 General Hospital (GH) spoilers reveal there’s a big reason Olivia “Liv” Jerome (Tonja Walker) wanted to buy GH. It’s all about what’s in the basement. There is a secret lab down there built by Helena Cassadine (Constance Towers) and that’s where Liv will stash her brother Julian Jerome (William deVry).

Now that the PCPD is on to Liv’s scheme, when Alexis Davis (Nancy Lee Grahn) reports Julian missing, Jordan Ashford (Vinessa Antoine) may wrongly assume that Julian is allied with his sister and is an active participant in her plot. Nothing could be further from the truth.

Alexis already told Jordan that Julian is terrified of his sister but Jordan doesn’t pay much mind to evidence before she jumps to conclusions. If Jordan assumes Julian is Liv’s partner in crime, no one will be out looking for him even though it was obvious Liv had him handcuffed and captive. 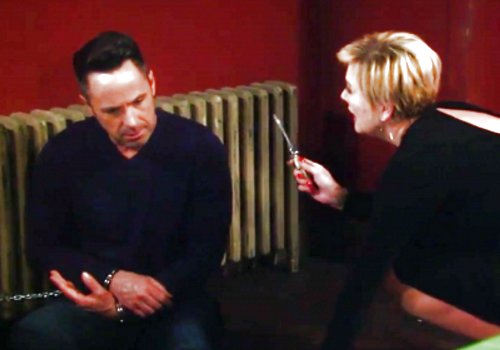 Liv has stashed Julian in the trunk of her car in the GH garage while she finishes her scheming and revenge plans. Lurking around the hospital also gives Liv the opportunity to go after Anna Devane (Finola Hughes), Lucy Coe (Lynn Herring) and other enemies in Port Charles.

The wrinkle in Liv’s plan will be Franco (Roger Howarth) and Liz Webber (Rebecca Herbst). On Monday, Liv and Franco find Julian in the trunk of Liv’s car when he makes noise and that’s how Julian winds up in the hands of the PCPD spilling dirt on Liv.

Next week, Franco reportedly starts a job as a janitor at GH and he may find Liv’s lair in the basement. Right now, Liv has a suspicious parcel and Robin Scorpio (Kimberly McCullough) captive down there. 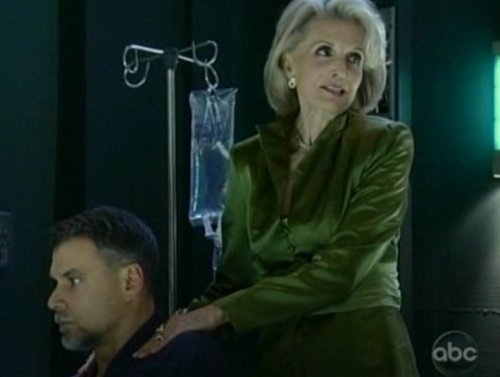 Remember, Helena had a cryo-freezing unit down there. It’s where she kept Stavros Cassadine (Robert Kelker Kelly) for years. Spoilers tease Duke Lavery’s (Ian Buchanan) body might also be down there. Duke died at General Hospital and Liv seems to know all about his death.

If so, Liv could have stashed Duke’s body in the Cassadine freezer units and put a fake into the crematorium. Remember, Duke wasn’t buried, he was cremated and the last time anyone saw Duke was on a busy night at GH –  the same night Olivia Falconeri (Lisa LoCicero) gave birth.

Liv seems to have an endless supply of cash and minions to do her bidding, so stealing Duke’s body and freezing it was doable and the equipment exists in a level of GH’s basement that’s secret and where no one goes. Franco may stumble upon it and that leads to the reveal of Duke – either dead, alive, or frozen waiting to be resurrected. 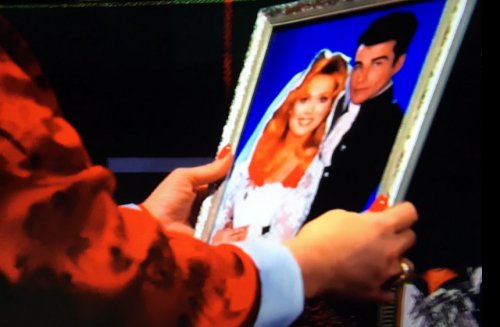 Liv would love to resurrect Duke but Franco could be a fly in the ointment. After Julian is free, Liv will be up against the clock as the PCPD search for her. If Liv has Duke, can he be brought back from the dead or will Anna and Liv be heartbroken all over again?

Share your comments below on Duke’s reveal thanks to Franco’s janitorial efforts. Tune into CDL often for the latest General Hospital spoilers, news and more.