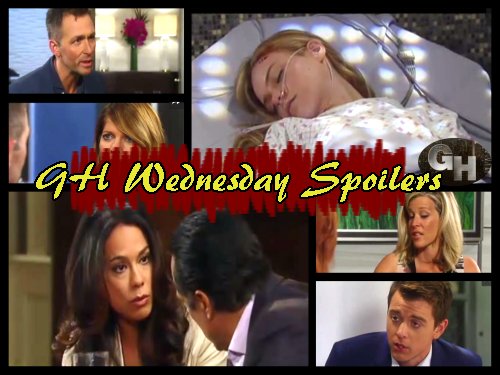 General Hospital (GH) spoilers for Wednesday, May 17 reveal Nelle Hayes Benson (Chloe Lanier) is in a serious health crisis. Her one kidney is damaged from the attack by the mugger and that means her life could be on the line. Michael Quartermaine (Chad Duell) is at her side at the hospital and vows to an unconscious Nelle that he will get her the best care possible to get through this.

Other General Hospital spoilers reveal Michael is rebuffed on Wednesday’s new GH episode. That could mean Nelle regains consciousness and sends him away since he’s made it clear he doesn’t want her. Alternately, Michael might be barred from her hospital room since she’s in critical condition and he’s not family. This health crisis is the glue that will put Michael and Nelle back together, but not just yet.

Valentin Cassadine (James Patrick Stuart) may have left Alex Devane (Finola Hughes) in a tight situation at Anna’s house. What did he do with that scarf? Surely he didn’t choke Alex to death, but he might have tied her up as a clear message to stay out of his way. General Hospital spoilers tease that Valentin takes the opportunity to try and win back Nina Clay Cassadine (Michelle Stafford) but will she listen? 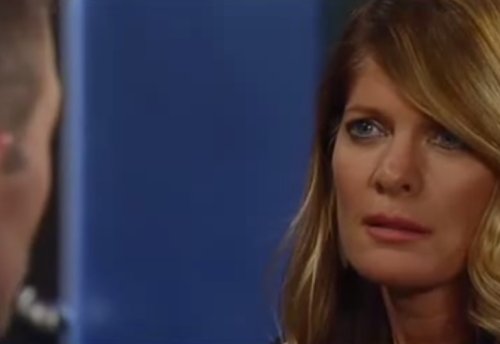 Valentin vows to his wife that he’ll convince her to trust him again and opens up about Anna Devane (Finola Hughes) tricking him and tries to show her how much he loves and wants to be with her. Nina walks away from this conversation confused and goes to find someone to confide in. That someone is Andre Maddox (Anthony Montgomery). Nina spills her guts.

Nina opens up to Andre about Anna bugging Valentin’s watch and trying to seduce her husband. General Hospital spoilers say Andre will be alarmed because that sounds nothing like the Anna he knows. He’s right. The Anna he knows is being held clinic in the private clinic run by Alex Devane Malick and Dr Lancaster. Poor Anna has been drugged to the gills for days to keep her out of Alex’s way.

Lancaster hears Anna and the nurse talking and tries to shut it down but Anna turns the tables. If Lancaster insists she’s Dr Malick, then perhaps Anna can use that to her advantage since it’s “her” clinic. General Hospital spoilers reveal it won’t be too long before the British spy is loose and it’s certain Lancaster will notify Alex that her twin pulled a twist and is on the loose and headed back to Port Charles. 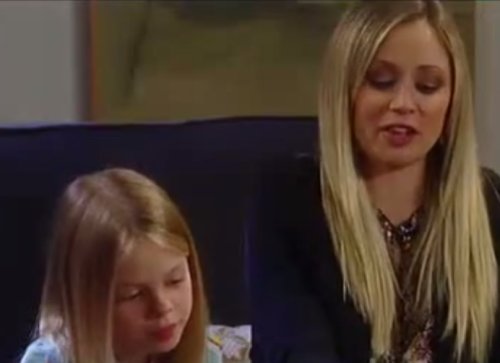 Dante Falconeri (Dominic Zamprogna) is stunned to see that Charlotte Cassadine (Scarlett Fernandez) is at their house for an unplanned overnight. He and Lulu Spencer (Emme Rylan) play with the kids and Lulu tells him life is full of happy surprises. One person who won’t be happy at this turn of events is Valentin Cassadine since this isn’t a court-sanctioned visit.

Martina Morales (Daya Vaidya) stops by to warn Sonny Corinthos (Maurice Benard) that he’s got more to lose in this divorce than Carly Corinthos (Laura Wright) but he’s as cocky as ever and says she doesn’t know him or how he operates. Carly chats with Bobbie Spencer (Jacklyn Zeman) about the divorce and says that’s what she’s fighting for and clarifies that she’s done with Sonny.

Bobbie wants what’s best for Carly and surely that means she’s cheering for this divorce since Bobbie is no fan of Sonny’s. Share your comments on these spoilers for Wednesday, May 17 and tune into CDL often for the latest General Hospital spoilers and news.