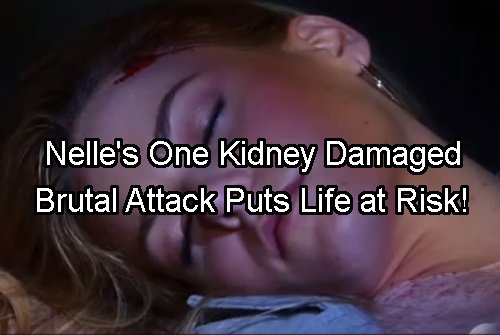 General Hospital (GH) spoilers reveal bad luck has befallen Nelle Hayes Benson (Chloe Lanier) again and this time, she’s in serious trouble. It was horrible enough that her greedy dad Frank Benson sold her kidney to Jasper “Jax” Jacks (Ingo Rademacher) and left Nelle with just one kidney, but now things are much worse. When Nelle was mugged, her one kidney was damaged and this means a health crisis.

Last week on General Hospital, we saw a camera close up of Nelle taking a hard hit on the pointy edge of a packing crate when she fell after the mugger knocked her away. Nelle fought valiantly to save her purse since she can’t afford to lose anything but Nelle fought too hard, it turns out. She might potentially lose her life as a result of her injuries. Nelle was left unconscious as the robber ran away from Pier 54.

On Tuesday’s new General Hospital episode, May 16, Michael Quartermaine (Chad Duell) is back on the pier and finds a seriously injured Nelle and rushes her to GH but the news is not good. Since Nelle’s health was already hit and miss because of having only one kidney, the last thing she can handle is an injury to her vital organ. Nelle just quit her job which also means she has no income and maybe no benefits. 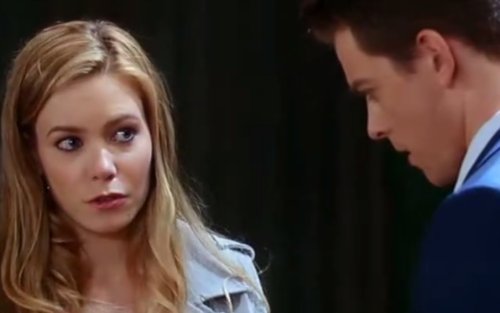 General Hospital spoilers tell us Michael gets Nelle to the hospital and alerts Nina and others that the kidney donor is in dire shape. Things look so bad for Nelle that she might need a kidney transplant herself to save her life. Despite feeling bad that Nelle was hurt, Michael isn’t ready to forgive the havoc that Nelle wreaked on his family so he leaves her at General Hospital to deal with her problems, no doubt prompted by his parents who hate her.

By Wednesday, Nelle is brooding in her hospital room at General Hospital and feeling all alone. She has no one. Her parents are dead, she wrecked any chance of family in Port Charles when she did Carly Corinthos (Laura Wright) wrong and Michael is doing as his parents asked and steering clear of her as much as he can. But that changes when the same day Nelle is lonely, Michael runs into Kiki Jerome (Hayley Erin). 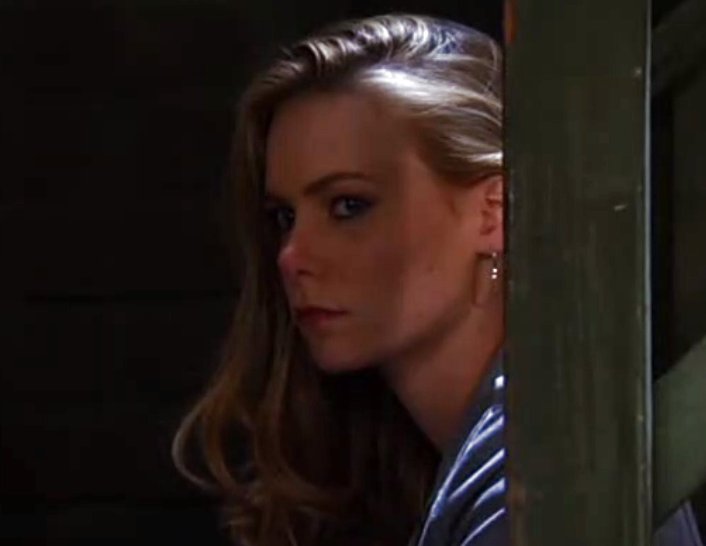 Kiki knows about being on the bad side of his family and she also knows about being in a position of forgiving someone for something terrible. Kiki forgave Morgan Corinthos (Bryan Craig) for tricking her into marriage and forgave her mom for sleeping with Morgan. Michael forgave Morgan and Kiki for swapping his allergy meds when he had custody of Avery after almost causing a tragic accident.

Kiki helps Michael see the wisdom of forgiveness despite his parents’ cold hearted attitude towards Nelle. GH spoilers indicate Michael will rush back to help Nelle through this crisis. But if Nelle needs a new kidney, what then? Will Jax step up and try to arrange a donor since his daughter benefited from Nelle’s ill health? Share your comments below and come back to CDL for the latest General Hospital spoilers.