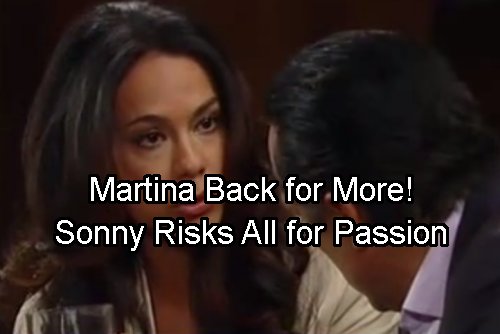 General Hospital (GH) spoilers reveal that Martina Morales (Daya Vaidya) wants a second helping of Sonny Corinthos (Maurice Benard) after their spicy night on the Haunted Star. Now that Martina isn’t Carly Corinthos’ (Laura Wright) lawyer anymore, things are wide open for Martina and Sonny – as long as they keep it on the down low.

Carly could still make trouble for Martina with the law board and possibly get her disbarred. Despite the risk, General Hospital spoilers reveal that Martina stops by Sonny’s place for a talk that quickly turns more intimate. Will Carly catch them hand in hand again? Or this time, will the soon to be ex Mrs Corinthos find them in a much sexier situation? This spells trouble but Sonny won’t care. 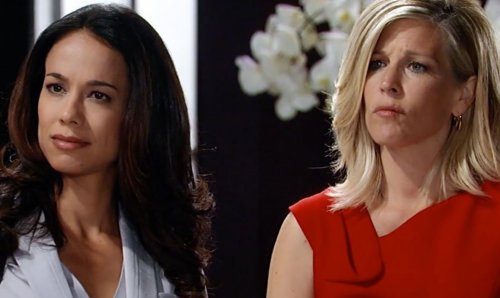 Martina comes by to see Sonny and he offers her a glass of wine. Sonny doesn’t care much anymore since he’s not the one who will pay the price if he’s caught with Martina – or at least that’s what he thinks. Martina warns Sonny that this divorce could leave him hurting financially. Carly still owns all of his local and legitimate assets.

Sonny has already been told by Diane Miller (Carolyn Hennesy) that if Carly keeps everything, he won’t be able to stay in Port Charles because he will have no home, no coffee warehouse, no Perks, and no laundered money in the bank. Sonny has plenty of cash out of the country but that means he’ll have to go live on his island or in South America. 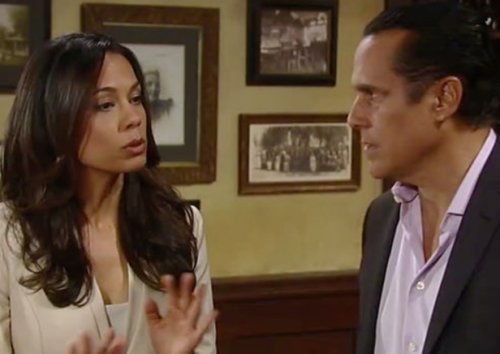 That’s not what Sonny wants since his kids are in Port Charles. When Martina stops by, she also warns him that he’s got a lot to lose in this divorce unless he can get Carly to ease up. But Sonny always thinks he’ll come out on top, no matter what so he’s not taking the threat seriously. General Hospital spoilers say that now that Martina is in his house with a glass of wine, he’s got other matters on his mind.

Sonny wants another night with Martina and it won’t be too long before she finds herself seduced and back in Sonny’s arms. Even though Martina should be back in LA by now, she’s hanging around town for a reason – she can’t forget her night in the mob boss’s arms. They had a close call last time since Ava Jerome (Maura West) spotted them and could have told Carly. 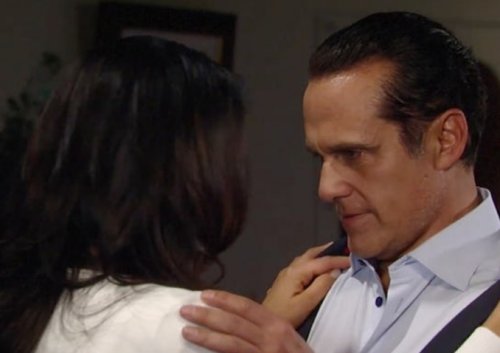 And now, Carly is on high alert and determined to find out what happened between them even though Martina is no longer her lawyer. General Hospital spoilers warn that Carly and Bobbie Spencer (Jacklyn Zeman) have a talk about her impending divorce the same time Martina is with Sonny, so Carly might stop by Sonny’s place. And since it’s legally her home, there’s nothing to stop Carly from walking right in.

When Carly finds out Martina and Sonny are sleeping together, all bets are off. Carly is a vengeful woman and she’ll vow to keep all of Sonny’s assets and wreck Martina’s career. This night of passion could cost Sonny far more than he ever realized. Share your comments below on Martina and Sonny getting steamy again and tune into CDL often for the latest General Hospital spoilers, news and updates.