General Hospital (GH) spoilers for Monday, December 11, tease that Jason (Steve Burton) and Sonny (Maurice Benard) will finish up their conversation with Britt (Kelly Thiebaud). They’ll want more info on this traitor Faison (Anders Hove) told her about. Sonny will ask if the traitor’s dead, but it’s obvious he or she isn’t. That wouldn’t be much of a story!

Instead, the kidnapper search will continue. General Hospital spoilers say Dante (Dominic Zamprogna) will get a call from Sonny a little later. It sounds like Sonny could use Dante’s help. They need all hands on deck to solve the puzzle. 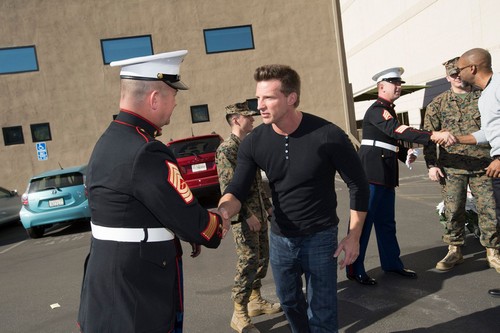 Jason will find another lead in Monday’s episode, so they should be on the right track. Meanwhile, Drew (Billy Miller) and Sam (Kelly Monaco) will try to wrap their heads around Kim’s (Tamara Braun) revelation. Now that Drew knows Oscar (Garren Stitt) is his son, Kim will insist that ball’s in his court. He can have a relationship with Oscar if he wants, but Kim won’t force him.

Of course, Drew just lost two sons thanks to all the twin drama. He’d probably hate to pass up the chance to know Oscar. Across town, Josslyn (Eden McCoy) will wonder what Oscar wants to do. She can tell that he’s pretty torn about the paternity test results. Josslyn will contend that Oscar can stay in the dark if it’ll bring him peace. She just wants Oscar to be happy with his choice. 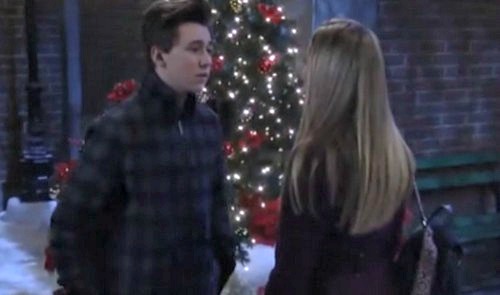 Other General Hospital spoilers say Cassandra (Jessica Tuck) will have a proposition to make. She’ll fill Finn (Michael Easton) in on a plan and urge him to get on board. Cassandra will think they can reach a mutually beneficial agreement. Finn will go along with the idea in hopes of furthering his own agenda.

At the police station, Anna (Finola Hughes) will question Andre (Anthony Montgomery) about Jason and Drew. She’ll note that he’s stuck in quite a predicament. Anna may push Andre to redeem himself by helping the twins deal with this. If there’s anything he’s left out, now’s the time to come clean.

General Hospital spoilers suggest that the mini disco ball could contain some secrets. Does it hold Drew’s memories or perhaps hints about the mastermind? Anna should get to the bottom of it either way. At GH, Nelle (Chloe Lanier) will have to jump through plenty of hoops. Since she’s told so many lies, Nelle will have trouble convincing Michael (Chad Duell) that she’s pregnant with his kid.

Michael will demand a paternity test before they do anything else. Whether it’s legit or not, it looks like Michael will be confirmed as the baby daddy soon. We’ll give you updates as other GH news comes in. Stick with the ABC soap and don’t forget to check CDL often for the latest General Hospital spoilers, updates and news.