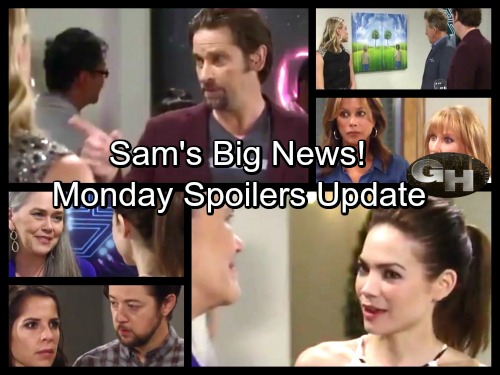 General Hospital (GH) spoilers for Monday, September 18, tease that Ava (Maura West) will grow increasingly frustrated at the clinic. She doesn’t know what kind of joint they’re running, but something’s obviously amiss. For starters, Ava can’t even use her phone. When she spots Larisa (Agnes Olech) with her ringing cell, she’ll understandably want to know who’s calling her.

Meanwhile, Finn (Michael Easton) will realize he’s been backed into a corner. He’ll try to talk Anna (Finola Hughes) out of blackmailing him, but she won’t budge. Finn can either be part of the problem or part of the solution. He’ll just have to go along with Anna’s plan to dupe Cassandra the hypochondriac.

Other General Hospital spoilers say Scott (Kin Shriner) will approach Liz (Rebecca Herbst) at the gallery. He’ll try to get a sense of how deep Liz’s feelings are. Perhaps Scott is worried about what might happen as more of Franco’s (Roger Howarth) past comes to light.

Nearby, Betsy (Deborah Strang) will offer Franco a warning. She’ll think he may not be prepared for the stunning secrets she’s keeping. Nevertheless, Franco will insist that he wants the truth. He just can’t take this uncertainty anymore. It’s clear that this whole ordeal is taking a toll on Franco. 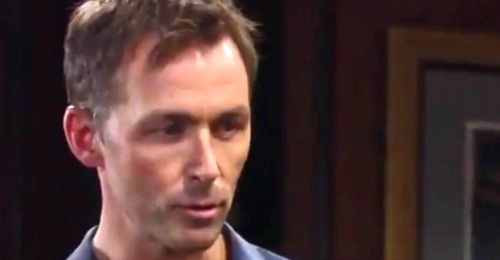 Betsy will agree to fill Franco in at her hotel later, but she won’t be there when he arrives. It sounds like Betsy chickened out or never intended to reveal anything in the first place. Scott will track Franco down and contend that it’s time to give up his search for answers. It could stir up more trouble than Franco bargained for, but he’ll press on anyway.

At GH, Sam (Kelly Monaco) will have a glimmer of hope about Jason’s (Billy Miller) condition. She’ll give Sonny (Maurice Benard) and Griffin (Matt Cohen) updates on Jason’s hand movement. Sam will suggest that Jason is waking up, but it appears she’ll get bad news. Jason probably won’t show any significant progress. Sam may be informed that the movement was involuntary.

Elsewhere, Jordan (Vinessa Antoine) will meet back up with Curtis (Donnell Turner). When she realizes he was talking to Sonny, she’ll immediately grow suspicious. Jordan will demand to know what that was all about, but Curtis won’t think she should be concerned. He’ll promise to watch for himself if Sonny asks for any favors.