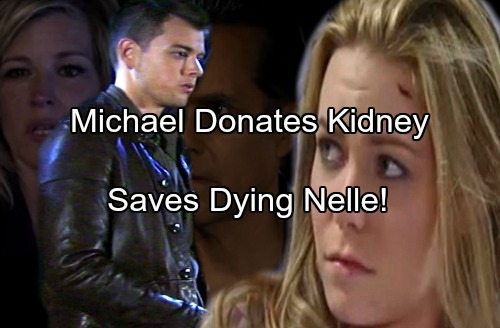 General Hospital (GH) spoilers reveal Nelle Benson (Chloe Lanier) had been viciously attacked and left for dead on the docks in Port Charles. She clearly was at death’s door when Michael Corinthos (Chad Duell) discovered her unconscious and immediately called for medical help.

GH fans are very vocal on their opinions of Nelle Benson and the havoc she has caused to the Corinthos family, particularly how she interfered in the marriage of Sonny (Maurice Benard) and Carly Corinthos (Laura Wright) – others have felt that although her actions were repulsive, her reasoning behind it all was understandable considering the misinformation her father told her growing up.

General Hospital sources suggest Nelle will be in grave danger, as she only has on kidney after involuntarily donating one as a child, to Josslyn Jacks (Eden McCoy). Michael Corinthos may have mixed feelings about Nelle, but he is well-known for being a forgiving man and one who would do anything to rectify a situation.

General Hospital spoilers say Michael will be willing to go under the knife to donate one of his kidneys to Nelle as he feels it is the only right thing to do. Viewers of the ABC daytime drama know his decision will be met with a lot of resistance from his father, Sonny, who resents Nelle for drugging him and lying about the night they supposedly spent in bed together. 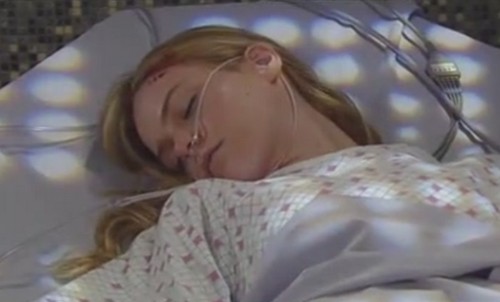 Of course, General Hospital fans know his mother, Carly, will also have a lot to say about Michael doing the honorable thing. She hates Nelle with every fiber of her being and wants nothing more than to see the manipulative witch leave town. General Hospital spoilers ask if their could be a shred of decency left in Carly, knowing how badly Frank Benson treated both of them?

Since we all know Chloe Lanier is on contract with General Hospital, it is clear the character of Nelle is not leaving Port Charles any time soon, so knowing that Michael has always been the voice of reason and a compassionate man, do you think Michael should donate a kidney to Nelle, the woman who literally destroyed his family?