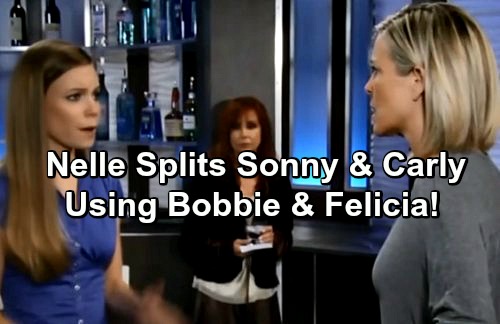 General Hospital (GH) spoilers reveal that Nelle Hayes (Chloe Lanier) is smarter and more devilish than anyone knows. Bobbie Spencer (Jacklyn Zeman) and Felicia Scorpio (Kristina Wagner) think they’re running a scam on Nelle – but they’re the ones being conned. Here’s what happens next.

Remember when Felicia set up that encounter with Nelle by casually dropping by the MetroCourt? Felicia thought she was being clever and lulled Nelle into a false sense of security by handing her a gift card and offering to redecorate her bedroom. Nelle was onto her the whole time.

The gossip session that Felicia started by bad mouthing Bobbie confirmed it for Nelle because she did her homework before she came to Port Charles – with the help of her mystery man. Nelle knows who Bobbie is, who her friends are, and all about her past as a prostitute. 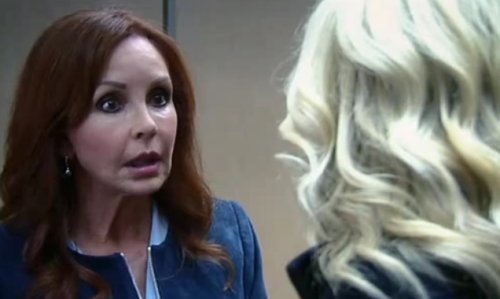 Nelle researched everyone in Carly Corinthos’ (Laura Wright) life so that she was fully prepared to enact her revenge scheme. So when Felicia came sniffing around as Bobbie’s spy, Nelle was ready for her and turned the tables on them. Nelle is now using Felicia as part of her revenge plan.

Bobbie and Felicia have no clue the depth of the game that Nelle is playing and how she’s using both of them. When Felicia stopped by Nelle’s apartment, she thought she was surprising her, but Nelle was waiting like a spider for a fly. Remember how she was lying on the sofa toying with the rattle?

Nelle had left the gift bag in her living room on prominent display where anyone could see it so, of course, Felicia went snooping and found the bra that was too expensive for a working girl like Nelle to afford. Nelle seemed pleased when she noticed the bag had been disturbed. 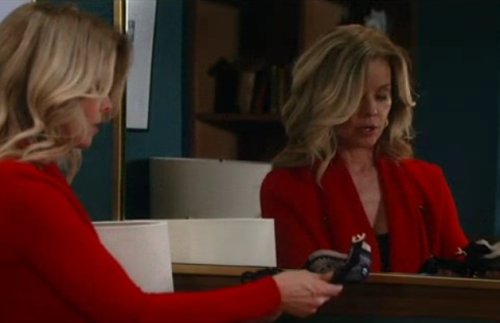 She knew that Felicia had seen it and would run back to her pal Bobbie. Nelle had swapped ugly gossip with Felicia about Bobbie to convince her she was falling into Felicia’s trap, but it’s Bobbie and Felicia getting played. Later that day, Nelle took the bra over to Casa Corinthos.

When Carly sent her upstairs to grab something, Nelle hid the bra in Sonny Corinthos’ (Maurice Benard) bed. That means Carly will find it and she knows it’s not hers so she’ll suspect Sonny of cheating. After all, Sonny has cheated on Carly many times in the past and they only recently reconciled.

Carly will turn to her mom for advice and the expensive bra will make Bobbie conclude that Sonny slept with Nelle – which is exactly what Nelle wants! On top of that, Nelle sent herself a nice flower arrangement with a card signed by “S” and made sure Carly’s kids saw it. 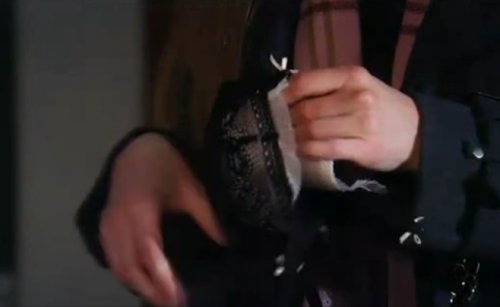 Carly will hear about the flowers and with that and the bra, she’ll have no choice but to conclude Sonny shagged her assistant. Then when Carly goes to Nelle, the minx has the recordings she made of Sonny confessing that it was his fault and he took advantage of her.

Who will look guiltier to Carly? Her mob husband with a known history of cheating – or the poor little girl that had her kidney stolen to save Josslyn Jacks (Eden McCoy)? It seems that not only is Nelle using Carly’s revenge playbook, but she’s added a new chapter to it.

Nelle could teach a master class in scheming and it looks like Carly and Sonny will be in Splitsville again before we know it. Share your comments below on this coming twist in Nelle’s demented story and tune into CDL for all the General Hospital spoilers, updates and news.