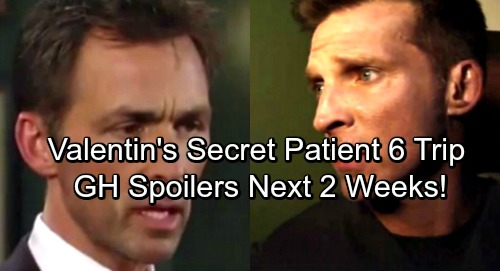 General Hospital (GH) spoilers for the next two weeks tease that plans will go awry. The week of October 2-6 will certainly bring some stunning moments. For starters, the clinic will be in full-on panic mode. Patient Six’s (Steve Burton) decision to run will spark plenty of anger.

Dr. Klein will be forced to accept that Patient Six is gone. He’ll obviously assume Ava might’ve aided this great escape. General Hospital spoilers say Ava will inadvertently slip up. She’ll try to deny her involvement, but it looks like Dr. Klein will pull a confession out of her eventually.

In Port Charles, Stella (Vernee Watson) will surprise Curtis (Donnell Turner) with some big news. She decided to stick around after she learned Curtis and Jordan (Vinessa Antoine) were reuniting, but maybe she’s having second thoughts. Now that Patient Six is in the mix, there doesn’t seem to be much room for a Stella story.

Other GH spoilers say Valentin (James Patrick Stuart) will have to take a top-secret trip. Does this involve Steve Burton’s character? While Valentin is out of the picture, Nelle (Chloe Lanier) will complete an important task for Nina (Michelle Stafford). She’ll try to focus on helping her boss instead of her problems with Michael (Chad Duell).

The potential ring deception will become an issue for “Melle,” but things could shift during the week of October 9-13. An anonymous donation will catch Michael off guard. Perhaps Nelle will pawn off the ring and contribute to some sort of charitable project. She’ll definitely want to prove she has some good in her. 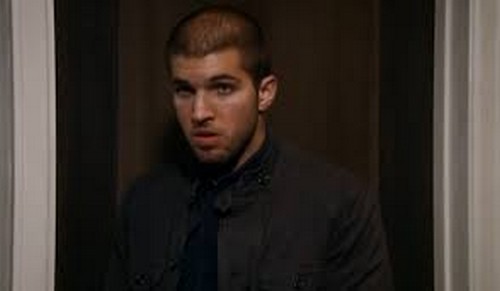 Elsewhere, Josslyn (Eden McCoy) will have Morgan (Bryan Craig) on her mind. She’ll mull over her brother’s death and hope for a better future. Alexis (Nancy Lee Grahn) will also have troubles weighing on her. Luckily, Dr. Bensch (James DePaiva) will be anxious to lift her spirits. The quirky doc would like to get to know Alexis a bit better.

General Hospital spoilers reveal that Curtis will discover some intriguing info. It seems this may relate to Jason (Billy Miller) somehow. You can bet that Curtis will keep pursuing his lead. Anna (Finola Hughes) won’t give up on her goal either. Her plot to bring down Valentin will come with some major twists.

Back in PC, Maxie’s (Kirsten Storms) life will turn into a total mess. She’ll face a hurdle she didn’t see coming. Is this another Man Landers shocker or some baby drama? Either way, Maxie’s going to feel overwhelmed.

Finally, Sam (Kelly Monaco) will get a gift that warms her heart. Will Jason dote on his lovely lady? These two need to squeeze in some romance before Patient Six shows up! We’ll give you updates as other GH details emerge. Stay tuned to the ABC soap and don’t forget to check CDL often for the latest General Hospital spoilers, updates and news.