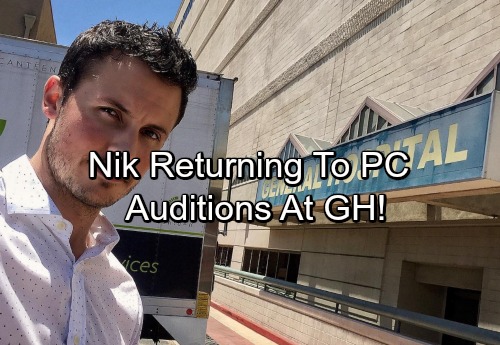 General Hospital (GH) spoilers tease that some new guys have been over at ABC’s Prospect Park Studios auditioning for a new contract role. Studios always use a fake name for the readings so that news doesn’t leak, so the role that actors have been told this time is “Drew” but it might just be Nikolas Cassadine (ex Tyler Christopher, Nick Stabile) that is coming back from the dead and returning to Port Charles.

Although the actors (Jake Mast – pictured above, Steve Ducey – pictured below the article, Johnny Preston, and Heath Haden are a few) that have been reading for the part on General Hospital are in their mid to late 20s, the character of Nikolas should be 36 years old. The age ranges of parent and child on soaps can get ludicrous and Nikolas was a good case. Tyler Christopher is 44 and Genie Francis, who plays his soap mom Laura Spencer is just 55. Nikolas arrived in Port Charles in 1996 as a 15 year old so he should be mid 30s.

But just as SORAS can be used to age a character up, it can also be dialed back. So an actor in their mid to late 20s could easily play a character in his early to mid 30s. Nikolas needs to return to the character canvas for a couple of reasons. First, Spencer Cassadine (Nicolas Bechtel) is making life hell on his Cassadine cousin Charlotte Cassadine (Scarlett Fernandez) over his inheritance. 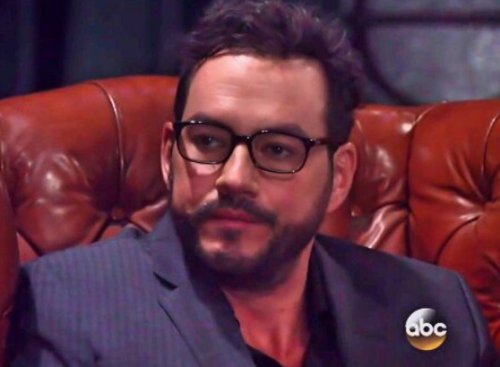 It’s not Charlotte’s fault that her dad Valentin Cassadine (James Patrick Stuart) went rogue and made Nikolas sign over his Cassadine legacy to him. But Spencer doesn’t care – he wants what’s his and is ready to try and force Valentin to sign Wyndemere and Cassadine Island back over to him since the rogue is facing life in prison after his trial at the Hague.

But there’s about to be a twist. General Hospital spoilers tease that Valentin won’t be convicted because the WSB lost Alex Devane Marick (Finola Hughes) who was the only witness against him. Helena Cassadine (Constance Towers) is dead and can’t testify where she got the Chimera and with Alex in the wind, there’s no case against Valentin. The WSB won’t like it, but with Anna Devane (Finola Hughes) also not cooperating, he’ll go free.

The big hurdle with Valentin settling back into life in Port Charles is the fact that he killed Nikolas. Except General Hospital buzz has it that he didn’t commit fratricide (or whatever the word is for cousin killing). Nikolas was trying to fake his death to get away from a plot Jason Morgan (Billy Miller) set for him but he failed. It could be that Nikolas cut a deal with Valentin to fake his death more convincingly. 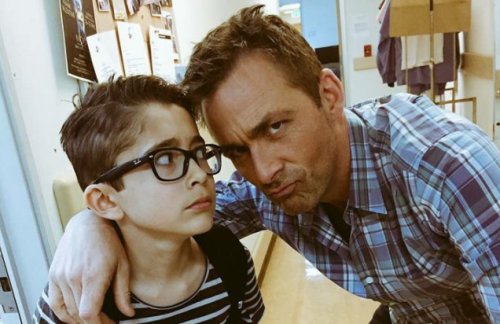 General Hospital spoilers claim that in an exchange for a healthy pay off to a Swiss bank account to finance Nikolas’ new life, Valentin faked a killing scene with Ava Jerome (Maura West) as a witness so Nik could run off for good. Nikolas intended to take Spencer with him but Laura stuck the kid at a secure school. But with these new auditions of Jake Mast and others that are virtual Nikolas Cassadine look-a-likes, the real Cassadine heir might be back.

What do you think? Do you want to see Nikolas return even if it won’t be Tyler Christopher in the part? Would you cheer for Nik coming back because it would help redeem Valentin Cassadine? Share your comments below and tune into CDL often for the latest General Hospital spoilers, news and updates.