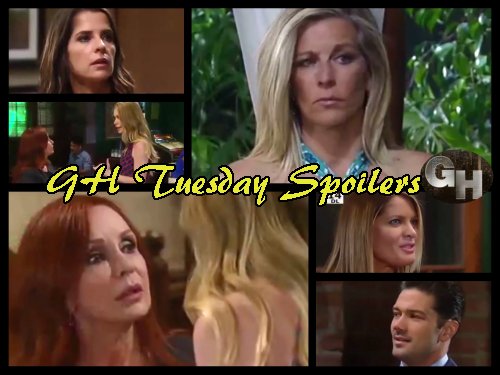 General Hospital (GH) spoilers for Tuesday, June 20 reveal that Jennifer Bassey makes her GH debut in an unknown role. Fans are wondering if the former All My Children actress will be in Port Charles as Marian Chandler or as someone new. Sonny Corinthos (Maurice Benard) whisks Carly Corinthos (Laura Wright) to his island off Puerto Rico under the flimsy excuse of doing business.

In fact, Sonny seems to have other things on his mind and even when the business is concluded, Sonny tells Carly they have to stay on the island. General Hospital spoilers say that Carly and Sonny begin to reminisce and it looks like one thing might lead to the other – and bam mob violence follows them. Back in Port Charles, Josslyn Jacks (Eden McCoy) looks to take advantage of her mom’s absence to let loose a little.

Josslyn is frustrated after a talk with her big brother Michael Quartermaine (Chad Duell). Joss wants to know if Sonny and Carly are getting back together. As far as Michael knows, the divorce is still on but since Carly isn’t taking Sonny to the cleaners, Michael knows that Carly is softening. General Hospital buzz say it looks like Josslyn is outraged her mom left town with Sonny and acts out in a shocking way. 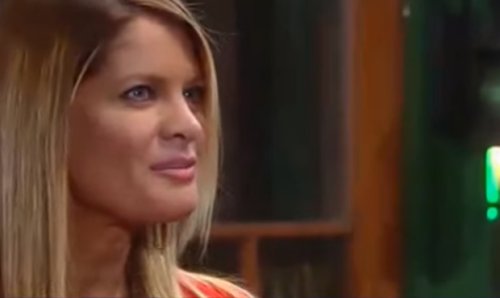 Nina Clay (Michelle Stafford) spots her baby brother Nathan West (Ryan Paevey) looking spiffy in a suit and wonders what he’s doing looking so fine and hanging out with Amy Driscoll (Risa Dorken). General Hospital spoilers tease that Nathan is headed to meet the book publisher. He’ll pretend to be Man Landers while Amy pretends to be his agent so she can try and seal the deal to get the money she needs.

Over at the MetroCourt, Alexis Davis (Nancy Lee Grahn) runs into Julian Jerome (William deVry) and he asks why she’s there. Julian gets an offer on Tuesday but is it from Alexis or someone else? General Hospital spoilers hint Julian gets a tip that Sonny is in danger and shares the info with Jason Morgan (Billy Miller). Jason is stunned when he finds Sam Morgan (Kelly Monaco) wielding a knife.

Sam sleep walked and grabbed the knife and put it under her pillow. Is she putting it back? Will Sam remember grabbing the knife to protect herself and Jason last night? When Jason hears that Sonny is in danger, he and Sam agree that Sonny must be warned. General Hospital spoilers reveal that Nelle Hayes (Chloe Lanier) has an unfortunate encounter with Bobbie Spencer (Jacklyn Zeman) at Kelly’s. 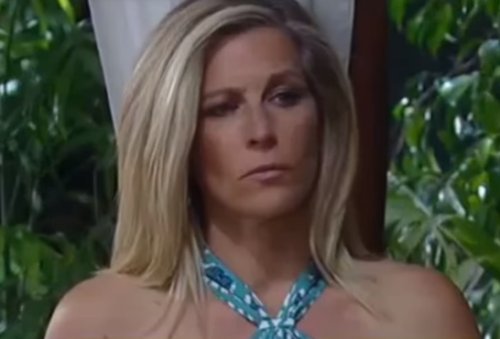 Nelle turned down the job from ELQ so maybe she’s in Kelly’s looking for work. Bobbie is unkind to Nelle and Nelle loses her temper and asks why Bobbie is making it her mission to destroy Nelle’s life. Nina comes to Nelle’s rescue – maybe with a job offer. Nina still needs help at Crimson, so who knows? Nina steps up for Nelle but Bobbie should tread carefully since Nelle is helping CarSon.

The action for Tuesday, June 20 looks great as danger comes for CarSon. Share your comments below on these juicy spoilers and tune into CDL often for the latest General Hospital spoilers, news and updates.