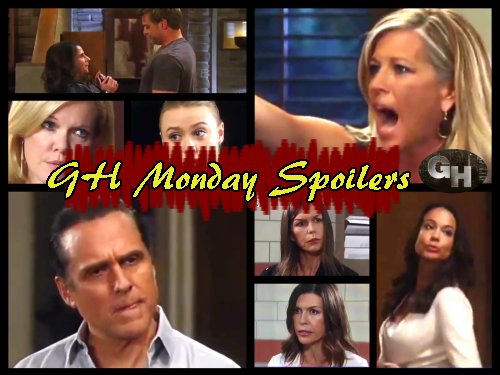 General Hospital (GH) spoilers for Monday, May 22 reveal it’s time for the Nurse’s Ball and tensions are running high. Felix DuBois (Marc Anthony Samuel) meets up with Dillon Quartermaine (Robert Palmer Watkins) and says he’s got what Dillon is looking for. Is this for the Nurse’s Ball performance between Dillon and Kiki? Will Dillon be part of Magic Milo this year given how hunky he is?

Valentin Cassadine (James Patrick Stuart) tries again to get Nina Clay Cassadine (Michelle Stafford) to listen to him and consider coming home to him and Charlotte Cassadine (Scarlett Fernandez). General Hospital spoilers tease that Nina asks Valentin if he truly loves her enough to choose her and walk away from Anna. Valentin reassures her but with the real Anna Devane (Finola Hughes) back in town, this won’t stick for long.

Anna interrogates her twin Alex Devane on the Chimera Project. Alex tells Anna she has to end this and get the item from Valentin. General Hospital spoilers reveal that Anna asks her what will happen if she doesn’t do what Alex wants. So far, Alex has still not revealed whom she’s working for and Anna is frustrated in her search for answers. Can Anna keep Alex on lockdown or will she be forced to let her sister go? 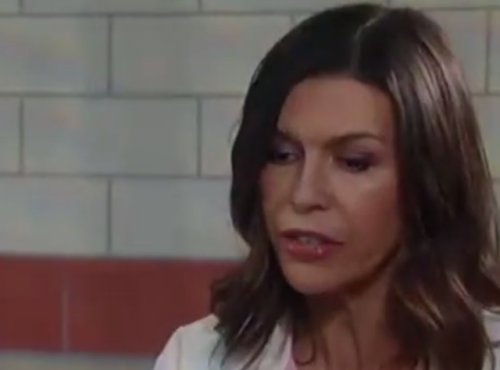 Jason Morgan (Billy Miller) and Sam Morgan (Kelly Monaco) have some alone time at last and Jason is happy to see what Sam is wearing. Once Sam changes for the Nurse’s Ball, she’ll be lovely in yellow while Jason is handsome in a traditional suit. But before the ball, Jason and Sam enjoy some romance after all the recent stress and drama about Jake Webber (Hudson West).

Kiki Jerome (Hayley Erin) has a serious talk with Ava Jerome (Maura West) and grills her mom on what she’s done. What Ava did was mess with Morgan, blackmail Sonny Corinthos (Maurice Benard) and provoke Carly Corinthos (Laura Wright). But General Hospital spoilers can tell you that it doesn’t seem likely that Ava will come clean on any of that to her daughter. Kiki will remain in the dark for now.

Kiki and Dillon work on their moves because they need to outdo their performance from last year. Nina has to get ready for red carpet hosting duties since she’s working alongside Mario Lopez and his adorable daughter. Also on the red carpet will be George Pennacchio from KABC Los Angeles for his fifth year in a row. The General Hospital Nurse’s Ball red carpet should be better than ever. 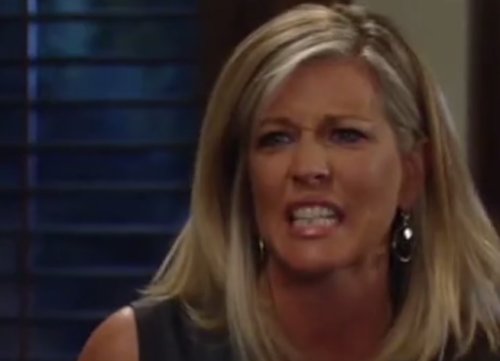 Nathan West (Ryan Paevey) reports to someone on Monday’s new GH episode on what he found out then he’s got to get into his tux for the Ball even though he’s down about being dateless. But Nathan won’t be alone on the red carpet. Something interesting is coming his way. But before the red carpet kicks off, General Hospital spoilers reveals there are major fireworks across town at Sonny’s house.

Carly Corinthos (Laura Wright) is certain that Martina Morales (Daya Vaidya) is in bed with Sonny when she spots two wineglasses and Sonny’s signature pasta on the patio table. Carly can’t wait to blow up on Sonny after the hell he gave her over Jasper “Jax” Jacks (Inog Rademacher). Carly calls Sonny out and blasts Martina when she makes her walk of shame downstairs.

The CarSon divorce will get nastier after this showdown and unless Carly relents, Sonny might need to start packing his bags to get out of the house that she now owns. Martina’s law career is on the line, so this is a mess. Share your comments on these GH spoilers for Monday, May 22 and tune into CDL often for the latest General Hospital spoilers and news.