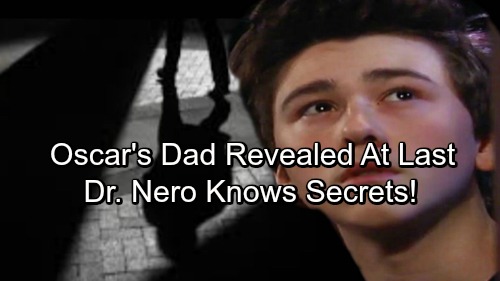 General Hospital (GH) spoilers reveal that although Tamara Braun has been confirmed to be returning to the ABC soap opera as Dr. Kim Nero the mystery remains as to who is Oscar’s (Garren Stitt) father. Josslyn “Joss” Jacks (Eden McCoy) has made it her mission to help him find out who he is. Recently, the two discovered a letter from a soldier who they believe is his father that was conveniently tucked away inside the “Ask Man Landers” book.

Is it possible that Nathan West (Ryan Paevey) has a military past we are not aware of, and he shares a sordid history with Kim Nero? It would make a very interesting plotline, especially since Maxie Jones (Kirsten Storms) is about to reveal to her detective husband whether they are expecting a bundle of joy of their own or not. 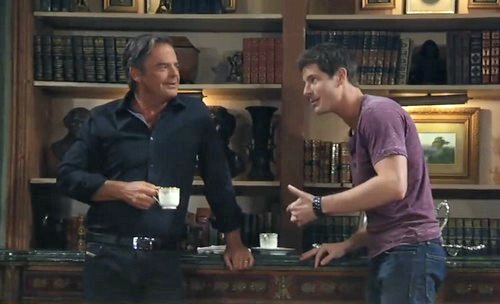 GH spoilers report that the musical connection may play a key role in the revelation of who Oscar’s father is as well. Some might find it interesting that Ned Quartermaine aka Ashton (Wally Kurth) was MIA from Port Charles from 2007 until his return in 2012; which would make it perfect timing for him as it appeared he had no significant other at the time. Long time GH fans know that Ned Quartermaine had also gone by another name in the past – “Eddie Maine” – a former rock star! Could he have met Kim Nero, during this time and Oscar really be his son?

General Hospital spoilers tease that it is entirely possible that Ned is Oscar’s father, and again, this could throw a massive wrench into his ploy to overtake the family business. Ned plots to control ELQ under the guise that his cousin Michael Corinthos (Chad Duell) isn’t the rightful CEO since no one knows for sure which Jason Morgan (Billy Miller or Steve Burton) is the rightful heir. 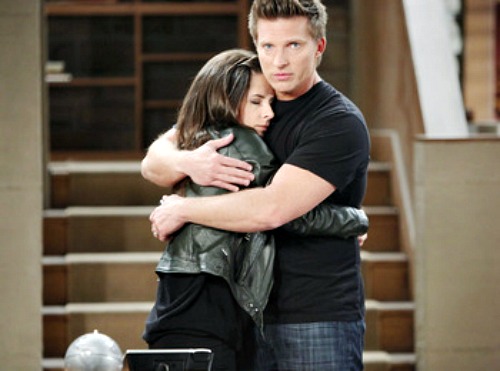 At the same time, maybe one of the “Moore twins” could be Oscar’s father, causing even more turmoil for our beloved Sam Morgan (Kelly Monaco) and her already broken and confused heart – since we cannot confirm which twin was where when Oscar was conceived. Furthermore, Dr. Nero identifies Patient Six as Drew on this week’s new GH episodes and clearly had a past realtionship with SB Jason… the plot thickens!

General Hospital spoilers indicate that there are several possibilities as to who Oscar’s father could really be, but the fact remains, whoever it is, there is sure to be a path of wreckage left behind. Who do you think Oscar Nero’s father is, and how do you think his paternity will affect all those around him?

With what is known right now the leading candidates for Oscar’s dad are Ned, Nathan, SB Jason and possibly BM Jason – vote in our poll below and let us know your guess. Be sure to tune into ABC’s General Hospital (GH) to catch up on everything happening in Port Charles right now. Check CDL General Hospital spoilers often for updates, news, rumors and spoilers!