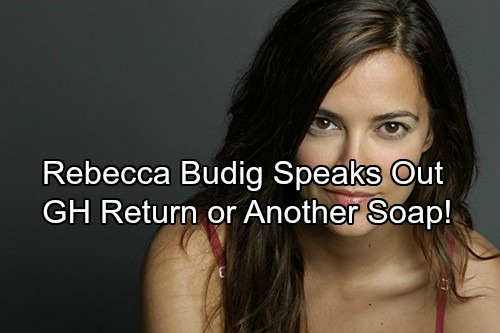 General Hospital spoilers reveal that Rebecca Budig is hoping that producers will leave the door open for her to return to GH in the future. The actress, who plays Hayden Barnes on the hit daytime television drama, recently opened up about leaving the show and possibly joining another soap opera series. Rebecca attended a fan event during the official GH Fan Club Weekend in Glendale, CA. with Roger Howarth and Michael Easton.

Hayden Barnes is soon leaving General Hospital but according to Rebecca, she’s hoping it won’t be a permanent exit. While no one has said how she will be leaving the show just yet, Rebecca recently told Soap Hub that she would love to return to Port Charles soon. In fact, she doesn’t want to be left out in the open for very long as she hinted that she would also be open to moving to another soap. 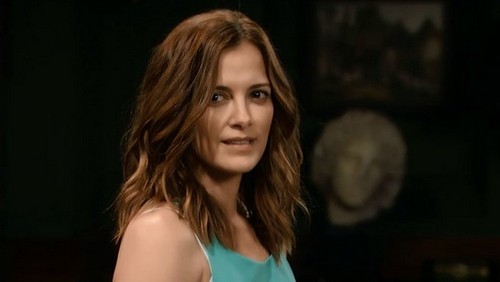 When asked about her plans and if she would be willing to join another soap cast, Rebecca said she’s definitely open for new opportunities. In fact, she even revealed that she once had a small part on The Bold and The Beautiful.

She told the site, “I was directed by Susan Flannery (ex-Stephanie) and I was terrified! Susan and I are friends now. I was so intimidated, but now I know her and…(laughs) she still intimdates me! But I love her. It was a small little part. I was someone’s friend in a college dorm. It was one day of work. So far, nothing has come my way (yet). But I’m open to anything. We’ll see.” 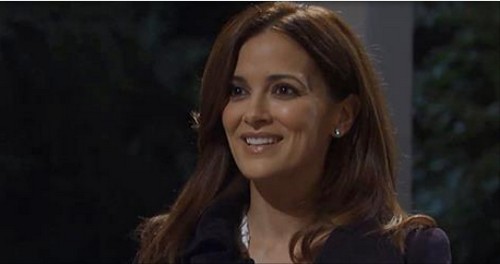 What’s more, Rebecca is making it no secret that she doesn’t want to be gone for too long. When asked about a General Hospital return, she smiled and simply said, “Who knows?”

Of course, anything can still happen to Hayden Barnes in her soap career and we at CDL wish her all the best. In the meantime, check back with CDL for all the latest news, updates and spoilers on General Hospital and all your favorite soaps right here.  Sign up for our newsletter by clicking here and get the latest breaking soap news!