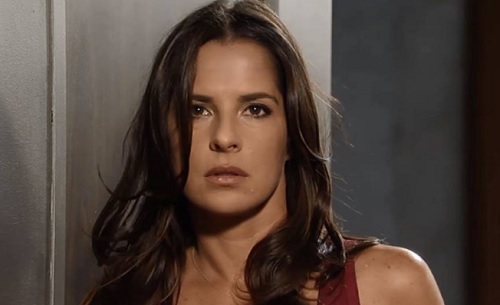 General Hospital (GH) spoilers tease that Sam (Kelly Monaco) will head to a doctor’s appointment. Jason (Billy Miller) is convinced that Sam needs help and she’s beginning to agree. If there’s a way to clear up her anxiety and crazy hallucinations, Sam would like to know about it.

GH spoilers reveal that James DePaiva will play Sam’s doc. She’ll admit that she’s not OK and he’ll try to get to the bottom of it. After Sam gets checked out, she’ll receive a shocking diagnosis. It looks like her condition is quite serious. Unfortunately, Sam will choose to leave Jason out of the loop on what’s she’s learned. We have Sonny (Maurice Bernard) to thank for that.

General Hospital spoilers state that Sonny will continue to pull Jason into his dangerous world. Sam will keep secrets as Jason takes action. Sonny wants to get out of the mob, so he may need Jason’s help to make it happen. There will certainly be some tricky situations in the coming weeks. Jason could easily end up in peril. 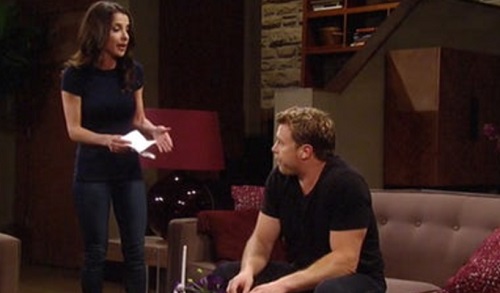 Meanwhile, Sam will keep moving down her path of destruction. As her hallucinations become more vivid, we could see total chaos in Port Charles. There’s been some buzz about Sam possibly shooting Sonny. Word has it that it’s finally going play out in July.

General Hospital spoilers hint that Sonny could be badly injured from the bullet. Carly (Laura Wright) recently mentioned how terrified she was the last time Sonny almost died. Perhaps that was foreshadowing Sonny’s next brush with death. Carly will undoubtedly be worried sick once Sonny is rushed to GH.

It appears Sonny will have a vision as he struggles to stay alive. What will Sonny see and how will it shape his future? General Hospital fans are curious about where all this is going. As for Sam, more trouble should be coming up for her later. As if she didn’t have enough on her plate, she’ll have to deal with another Jason before long. Steve Burton’s return will definitely bring some wacky scenarios.

GH viewers will be treated to some stunning moments down the road. Are you looking forward to all the Jason, Sam and Sonny drama? We’ll give you updates as other General Hospital news comes in. Stick with the ABC soap and don’t forget to check CDL often for the latest General Hospital spoilers, updates and news.

NEXT WEEK ON #GH… it gets harder to avoid the truth after you seek help from a professional. pic.twitter.com/zkcXcsEPME