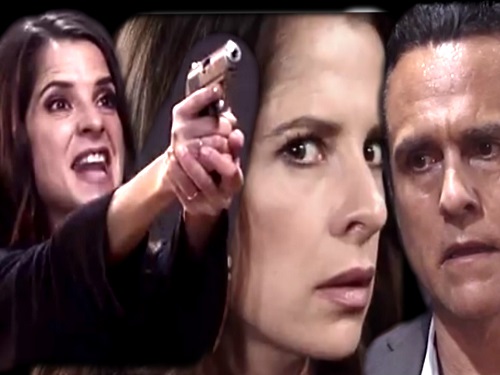 General Hospital (GH) spoilers reveal Samantha “Sam” Morgan’s (Kelly Monaco) delusions are about to get very real when she struggles with reality and points a gun at Sonny Corinthos (Maurice Benard), Port Charles’ Godfather. She is shouting at him to stop with the lies and this all ends now.

GH’s Sam Morgan has been suffering from hallucinations for a while now; everything centered around her husband, Jason Morgan’s (Billy Miller) close connection and incessant need to always protect Sonny Corinthos, his family and business dealings; although Jason has not returned to the mob life as Sonny’s enforcer and constantly reassures Sam he isn’t back in the business, she doesn’t feel safe and views Sonny as a threat to her, Jason and their young children. 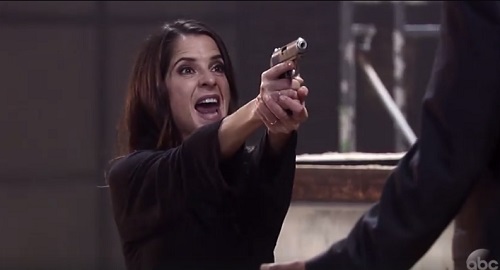 General Hospital spoilers reveal on a few occasions, Sam has spoken to her father and crime boss of the Jerome Family, Julian Jerome (William deVry) about her feelings regarding Sonny and how his relationship with Jason is affecting her. It doesn’t help matters that Julian eggs Sam on, unaware of how delusional she really is, saying she only has one option – she needs to get rid of Sonny!

As fans of the ABC soap opera have seen, Sam has been hiding just how much she is suffering from her husband and everyone around her. Sam had agreed to see General Hospital’s Dr. Bench (James DePaiva), who confirms what everyone suspected, she is not suffering from Post Partum depression; but when he requests a follow up appointment and further testing, Sam doesn’t show up and only tells Jason she needs vitamins and rest. 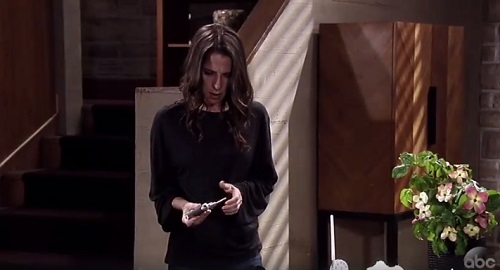 Although it is unclear what is truly afflicting Sam, it is clear she is only getting worse without treatment; but who can truly blame her for feeling paranoid when it comes to Sonny and his association with Jason? Sam has always been a strong, independent woman but she felt a great loss when Jason was presumed dead in 2012 and when he reappeared in 2014, they recaptured what they lost. After having another baby together under such traumatic circumstances, its no wonder she is terrified of everything being ripped away from her again.

What do you think is happening with Sam, and will she receive the help she needs before Sonny pays the ultimate price? Be sure to tune into ABC’s General Hospital (GH) to catch up on everything happening in Port Charles, especially with Sam as she continues down this dark and terrifying path. Check CDL General Hospital spoilers often for updates and news!