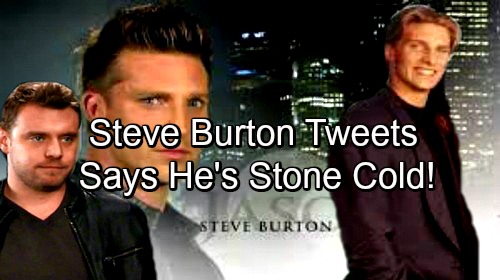 General Hospital (GH) spoilers tease that Steve Burton’s (ex-Jason) return will bring many months of danger and mysteries. The ABC soap is keeping everyone in the dark on who Burton will play, but let’s get real for a second. Burton IS “Stone Cold.” In fact, he said so himself in a tweet!

When a fan said she was getting a tattoo of Jason’s nickname, Burton made an enlightening comment. He quoted the tweet and added, “I am stone cold.” Burton revealed this info before his latest stint got underway, but not before he was in negotiations to return to General Hospital and the tweet hasn’t been deleted. It’s proudly up for all to see. Does that mean once Stone Cold, always Stone Cold? 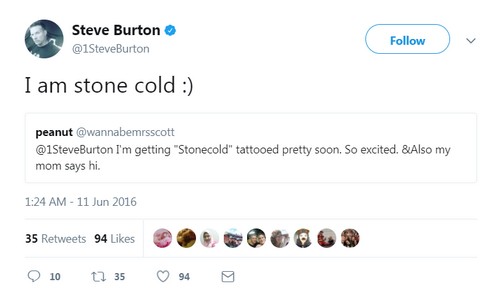 It undoubtedly took a lot of negotiating to work out the details of this comeback. Would Burton have really signed on to play someone other than Jason Morgan? He seems to love the role he made famous. Burton may play a different character initially, but some shocking revelations could point to him as the true Jason down the road.

General Hospital spoilers suggest that a twin storyline is likely in the works. Once all of this starts to unravel, will Burton reclaim his spot as Jason in Port Charles? It appears Carly (Laura Wright) and Sonny (Maurice Benard) might like that idea. They recently had a chat about the changes they’ve seen in Jason (Billy Miller) since he returned to town. 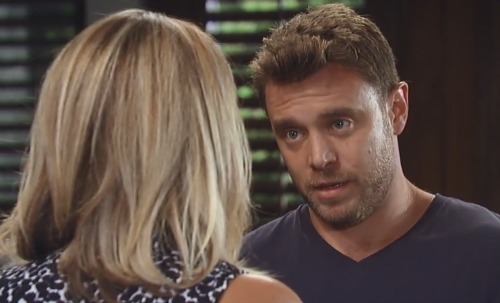 Carly feels like this just isn’t the Jason she used to know. Maybe she’s right about that! Sonny also noted that Jason tends to shy away from risks these days. He used to be extremely bold, so what happened? Perhaps Jason isn’t Jason at all. Billy Miller’s character may actually be Jason’s twin brother.

Many GH viewers just can’t see Burton playing someone besides classic Jason Morgan. Of course, Miller has plenty of supporters as well. It’d be a bummer to lose his take on Jason, but there can only be one! General Hospital spoilers hint that this hot plot is definitely going to shake up the soap world.

Do you think Steve Burton will emerge as the true Jason Morgan? Would you be on board with that plan or do you prefer Miller’s version? We’ll give you updates as other General Hospital news comes in. Stay tuned to ABC’s GH and don’t forget to check CDL often for the latest General Hospital spoilers, updates and news.

I am stone cold :) https://t.co/pEaUhqncbY