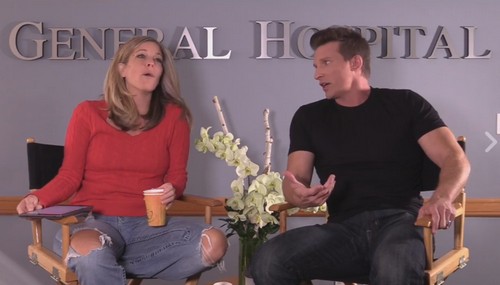 General Hospital (GH) spoilers tease that some big moments are coming up on the ABC soap. In a GH Facebook live chat, Steve Burton (ex-Jason, Patient Six) and Laura Wright (Carly) offered some huge hints about what’s to come. They opened up about what’s happening behind the scenes and gave fans plenty of info to buzz about.

First, let’s talk about a long-awaited reunion. If you’ve been waiting to see Michael (Chad Duell) and classic Jason reconnect, it’s on the way. Burton confirmed that he shot some emotional scenes with Duell, so GH viewers can look forward to those. He pointed out that he’s worked with Dominic Zamprogna (Dante) and Finola Hughes (Anna), too. It sounds like Patient Six will be widening his circle soon. 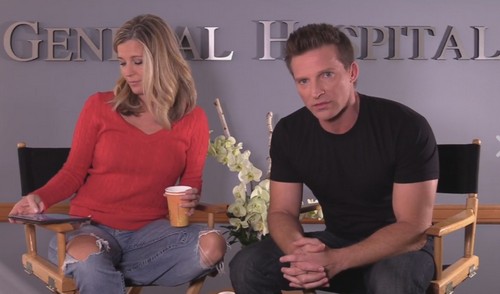 Wright also corrected herself when she referred to Burton’s character as Jason. She backtracked and noted that he was Patient Six as well as HER Jason, but perhaps she was right the first time. That could’ve been an important slipup, so we’ll see where things go from here.

A fan asked about the tricky situation since Burton is potentially reclaiming the role Billy Miller (current Jason) took over. Wright insisted that they’re both great actors and we’re going to love the story. Burton added that there’s no beef since they’ve been friends since their days on The Young and the Restless together. 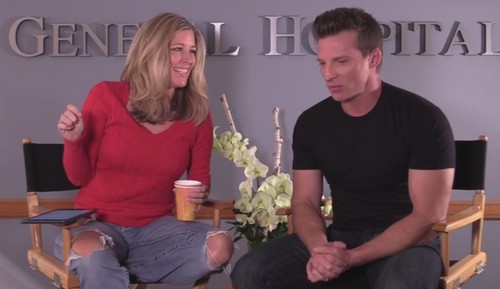 Another viewer wondered if Burton knew which character he’d be playing when he came back to the show. Unfortunately, Burton was careful to keep quiet about that. He simply suggested that we should all stay tuned. General Hospital spoilers say the DNA test results will send the story down an interesting path soon enough.

Burton was also asked if he could convince Jonathan Jackson (ex-Lucky) to come back. He replied, “If you’re lucky, I can. We’ll see!” There was a Spinelli (Bradford Anderson) mention, so it looks like he’ll reenter the picture eventually. Burton noted that he has some scenes coming up with Kimberly McCullough as well, so it’s nice that Robin will be part of this story.

Wright talked about filming with Tamara Braun and Burton hinted that she plays a really intriguing character. This chat offered tons of info for curious fans! We’ll give you updates as other General Hospital news comes in. Stay tuned to ABC’s GH and don’t forget to check CDL often for the latest General Hospital spoilers, updates and news.