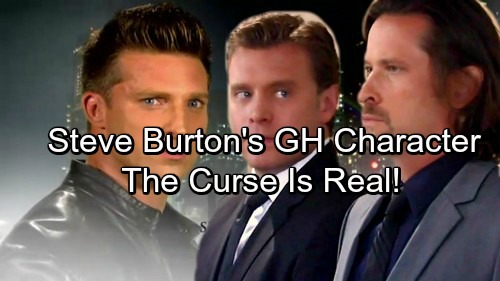 General Hospital (GH) spoilers reveal who exactly Steve Burton’s new character can be and explain how this fits with the show’s history. General Hospital’s Steve Burton return is supposed to be the biggest and most exciting story to hit ABC’s GH in a very long time.

Steve Burton started taping recently and General Hospital fans are antsy about who he will be playing …here is a little insight on what could very well happen. GH writers are utilizing GH’s past characters history and of course embellishing and slightly altering some detials to make it all fit into the current Jason (Billy Miller) and Franco (Roger Howarth) scheme of things. 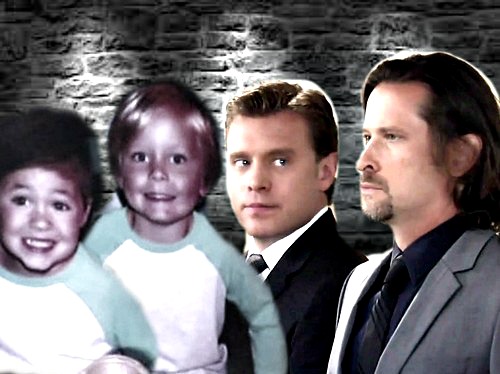 GH fans have watched as Franco and Jason go head to head like bulls locking horns over one thing after another and as viewers know characters who hate each other that much usually end up being related in some way. Take for example the recent war with Hayden (Rebecca Budig) and Liz Webber (Rebecca Herbst) they were mortal enemies. But as CDL correctly predicted and explained before any other site, they ended up being sisters.

Does this General Hospital plot have Helena Cassadine (Constance Towers) fingerprints written all over it? Remember when Helena cursed Sam (Kelly Monaco) on her deathbed? Well, it seems that the curse could have come to fruition in the form of a twin of her husband never knew he had – perhaps even worse, that her husband is not who she thinks he is! 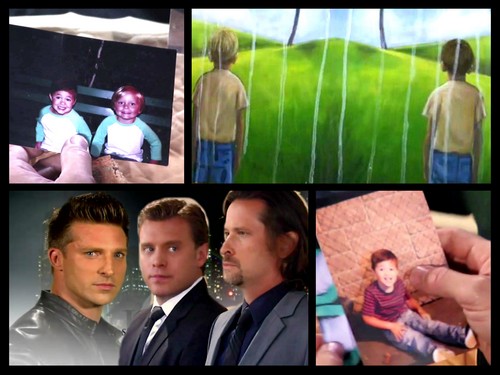 Back In 2012 before being shot by Jason (Steve Burton), Franco (James Franco) taunted Jason with these words: “These are the riddles that keep me alive, before you learn the truth, because if I die you’ll never know what really happened, you’ll never know why I came into your life.

General Hospital spoilers tease that perhaps Heather Webber did know something that no one else knew – that she sold Franco’s twin to Helena Cassadine? Franco spoke that riddle while under the influence of the brain tumor and once it was removed maybe the memories of his childhood left with it. 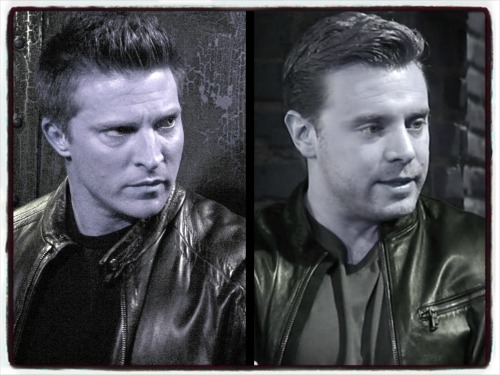 Now just as Franco is starting to piece together his tormented past with his adopted mother Betsy Frank (Betsy Franco), his imaginary friend (Steve Burton) shows up in Port Charles to relive their past. General Hospital spoilers are pointing to the coming reality that the imaginary friend in Franco’s art depictions is Franco’s long lost twin or Jason’s twin who lived with him. This could very well be the Helena curse that she vowed would ruin Sam’s perfect little life.

This twisted story does have Heather’s greedy little hands all over it and as the story will be a slowly unfolding one – Frank Valentini said GH plans a 9 month reveal of Steve Burton’s character and history – so grab your popcorn and get comfy GH fans, it’s going to be a long bumpy ride!