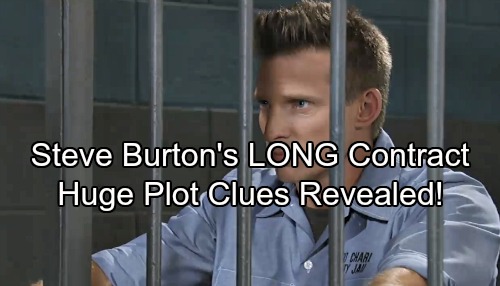 General Hospital (GH) spoilers tease that there’s plenty more Jason (Billy Miller) twin drama in the works. Naturally, Patient Six (Steve Burton) is a big part of this storyline. He set everything in motion when he returned to Port Charles and the ripple effect is already huge. GH fans can expect additional twists and turns as this storyline plays out.

Everyone’s wondering who will be the real Jason Morgan, but there are some major clues out there. In an interview with ABC Soaps in Depth, Burton talked about what’s ahead on General Hospital. “I signed a long contract and I can’t wait to keep telling good story,” Burton said. “There’s a lot coming. It’s going to be great!”

Burton’s lengthy contract could serve as a hint about who he’ll turn out to be. General Hospital spoilers say Burton is set to be in PC for three years. He’s indicated that he’d like to stick around after that as well. They’ll just have to renegotiate at that point and hopefully make another deal.

Before Burton’s comeback, he promoted the good ol’ days of Jason. He seems quite fond of the character he played for nearly two decades. Did he really agree to a long-term return as someone other than Jason Morgan? That’s something to consider as we work through the identity mystery.

It’s hard to see Burton’s character in town and not think of him as Jason. Sonny (Maurice Benard) literally called him Jason right in front of Miller’s character. It would be ridiculously difficult to ever shake that connection. That goes for the people of Port Charles and many viewers. It seems like Burton will always be Jason on some level. 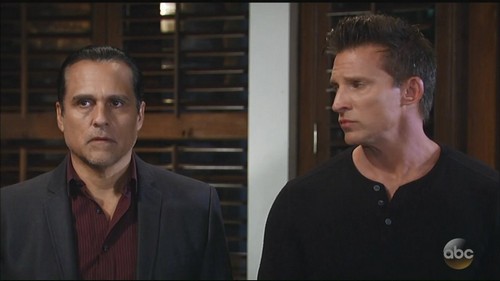 Miller has done a fantastic job by putting his own spin on the character, which was the way to go for a recast. No one wanted to see Miller be a copycat Burton. He has a very different acting style, so it’s nice that he did his own thing.

However, that means Miller’s Jason and Burton’s Jason seem like completely different characters. They both think they’re Jason Morgan, but only one of them is acting like it. It makes sense to explain the differences by claiming Miller’s character is Drew in the end. That also lines up with all the foreshadowing the show did before Patient Six’s arrival.

Again, there are several twists and turns brewing. The Jasons may play tug of war with this identity, but they’ll get it sorted out sooner or later. In the meantime, fans can just enjoy having two awesome versions on canvas. We’ll give you updates as other GH news comes in. Stick with the ABC soap and don’t forget to check CDL often for the latest General Hospital spoilers, updates and news.