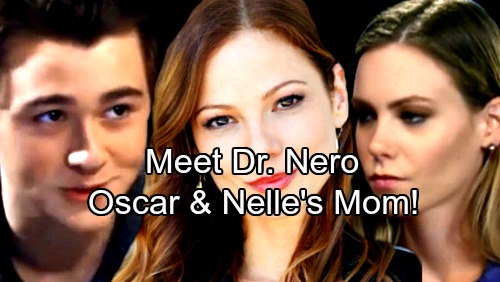 General Hospital (GH) spoilers tease that the mystery of Oscar’s (Garren Stitt) parents will continue to unravel. Josslyn (Eden McCoy) is working hard to help Oscar learn his father’s identity, but we finally have some answers about his mother. Oscar revealed that his mom is Dr. Kim Nero. She works at Mercy Hospital and hooked up with Oscar’s dad in San Diego.

Now we’re getting somewhere! GH still hasn’t offered a glimpse of Oscar’s mother, but we’re one step closer. Who will play Kim? No one has confirmation yet, but we know Tamara Braun reportedly has a deal in the works. If that pans out, Braun will be portraying a new character that’s connected to Patient Six (Steve Burton).

General Hospital spoilers state that Oscar will also end up tied to Burton’s storyline, so perhaps we’ve found Mom and Dad! There’s probably a good reason GH made Kim a doctor. It’s possible that she treated Burton’s character years ago and love – or at least lust – bloomed. Oscar was obviously a product of a hot night together. 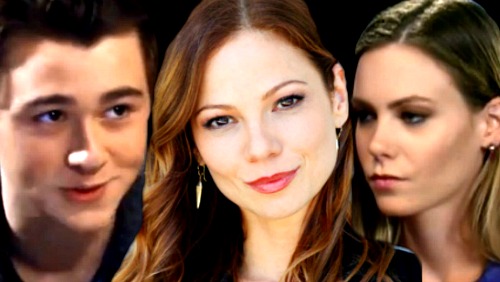 However, there could be another intriguing connection. Chloe Lanier (Nelle) and Tamara Braun bear a striking resemblance, so it’d be a mistake if GH didn’t take advantage of that. Nelle has always claimed her mother was dead, but that may not be the case after all. Her father, Frank, was a lowlife who lied constantly. What if he was just too proud to admit that his wife left him?

If Nelle’s mother disappeared into the night, Frank might’ve fibbed that she died. Of course, we can’t even be certain Nelle was ever telling the truth. GH has been highlighting her deception lately. Nelle’s mom may not technically be dead. She might just be dead to Nelle in light of her painful actions. 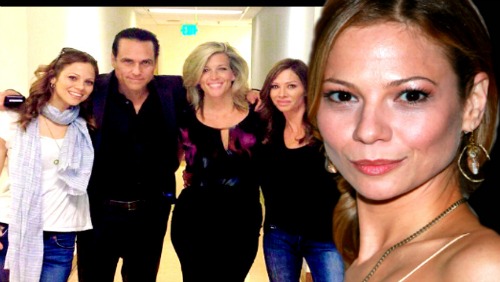 That could be a different way to tie in Kim’s career. Let’s say she bailed on Frank, but felt bad since she couldn’t get Nelle out of that harmful environment. Lingering guilt over the kidney drama could’ve convinced her to pursue a career in medicine. Maybe she’s been helping others to get past what she’s done.

It looks like Michael (Chad Duell) and Nelle could be headed for a breakup, so what’s GH going to do next? If they want Nelle to stick around, they’ll have to think of something. Giving Nelle a mom and a half-brother might be the solution. She would have some family on canvas to interact with.

Nelle and Oscar have already shared a couple scenes together, so GH could be laying the groundwork. Do you think Braun could play both Oscar and Nelle’s mother? We’ll give you updates as other General Hospital news comes in. Stay tuned to the ABC soap and don’t forget to check CDL often for the latest General Hospital spoilers, updates and news.