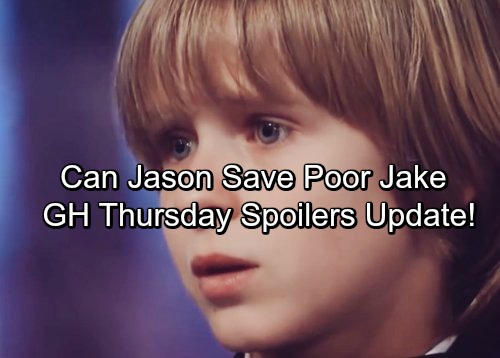 General Hospital (GH) spoilers for Thursday, June 15, tease that Sam’s (Kelly Monaco) struggles will take a toll. She’s hearing voices and having some unsettling hallucinations. Sam was hesitant to take a trip to GH, but it’s clear that she needs to get to the bottom of this. Once Sam fills Griffin (Matt Cohen) in on what she’s battling, he’ll suggest that he may know what’s wrong with her.

Unfortunately, GH spoilers hint that Sam’s symptoms could soon get out of hand. A full-blown meltdown is coming once Jason’s (Billy Miller) quest puts him in danger. Speaking of meltdowns, Olivia (Lisa LoCicero) will also have a bit of one. She’ll lash out at Julian (William deVry) and insist that he needs to stay out of Leo’s life for good. 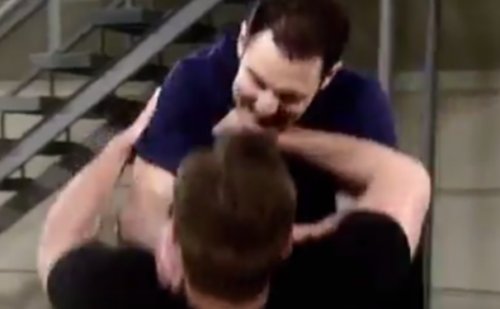 At General Hospital, Jake (Hudson West) will notice Costa (Eddie Davenport) by the vending machine. He’ll approach Helena’s (Constance Towers) henchman for a chat, which certainly seems risky. Liz’s (Rebecca Herbst) maternal instincts will eventually tell her that something’s wrong. She’ll do whatever she can to keep Jake out of harm’s way.

Elsewhere, Jason will talk to Spinelli (Bradford Anderson) about their latest discovery. Now that they know Costa was behind the magic set delivery, the suspense is revving up. Jason will realize that Costa could still be lurking in Port Charles. He’ll worry that Helena’s goon will hurt his family if he doesn’t move quickly. 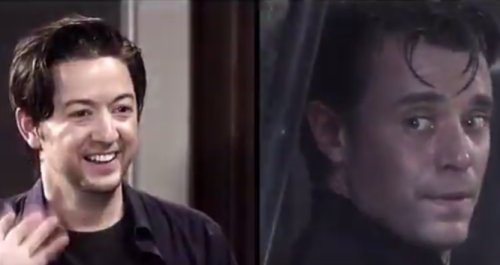 General Hospital fans can expect a stunning showdown before long. There’s a good chance Costa won’t make it out of this mess alive. Jason is ready to wrap up the island drama, but he’ll encounter a few more problems. Helena’s trickiness is tough to overcome! It sounds like closure will come at a price, but things should work out in the end.

Across town, Amy (Rita Dorken) will have her own issues to deal with. Since she’s apparently strapped for cash, she was really counting on Nathan (Ryan Paevey) to come through for her. Luckily, Nathan will have a change of heart. General Hospital spoilers say he’ll listen to Amy’s sob story and decide to pose as “Man Landers” after all. 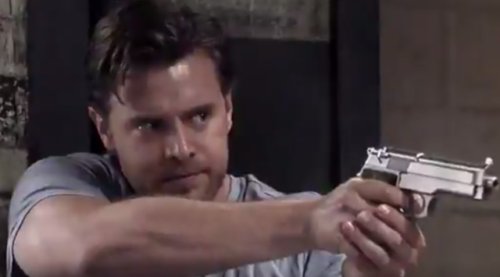 This scheme is going to cause plenty of trouble. When the plan goes awry next week, Amy and Nathan will scramble to save it. For now, Amy will celebrate Nathan’s sudden turnaround and envision all those dollar signs. She’ll hope to bring in oodles of money for her needy loved one.

GH has some great scenes in store. We’ll give you updates as other news comes in. Stay tuned to the ABC soap and don’t forget to check CDL often for the latest General Hospital spoilers, updates and news.